Chimney Maintenance for Warmth and Safety

Chimney maintenance and a fireplace inspection can make the difference between warm safety and drafty danger.

Creosote—combustible, tar-like droplets—is a natural byproduct of burning wood. The more wood you burn, the wetter or greener the wood, and the more often you restrict airflow by keeping your fireplace doors closed or your damper barely open, the more creosote is produced.

Soot build-up, while not flammable, can hamper venting. One half-inch of soot can restrict airflow 17% in a masonry chimney and 30% in a factory-built unit, according to the CSIA. Soot is also aggressively acidic and can damage the inside of your chimney.

The more creosote and soot, the more likely you are to see signs of chimney fire—loud popping, dense smoke, or even flames shooting out the top of your chimney into the sky. Chimney fires damage the structure of your chimney and can provide a route for the fire to jump to the frame of your house.

"If the chimney is properly maintained, you'll never have a chimney fire," says Ashley Eldridge, the education director of the CSIA.

The best way to ensure your chimney isn't an oil slick waiting to ignite? Get it inspected.

Three inspection levels let you choose what you need

A level-one inspection includes a visual check of the fireplace and chimney without any special equipment or climbing up on the roof. The inspector comes to your house with a flashlight, looks for damage, obstructions, creosote build-up, and soot, and tells you if you need a sweep. If so, he'll grab his brushes, extension poles, and vacuum, and do it on the spot.

"You should have it inspected every year to determine if it needs to be swept. An annual inspection will also cover you if the neighbor's children have thrown a basketball in it, or a bird has built a nest," says Eldridge.

A level one typically runs about $125. Add a sweep, and you're talking another $80, or about $205 for both services, according to CSIA.

Consider a level-two inspection if you've experienced a dramatic weather event, like a tornado or hurricane; if you've made a major change to your fireplace; or bought a new house. This includes a level-one investigation, plus the inspector's time to visit the roof, attic, and crawl space in search of disrepair. It concludes with a sweep, if necessary, and information on what repair is needed. The price will depend on the situation.

A level three inspection is considered "destructive and intrusive" and can resemble a demolition job. It may involve tearing down and rebuilding walls and your chimney, and is usually done after a chimney fire. The cost will depend on the situation.

Besides the annual sweep, improve your fireplace's functioning with responsible use.

By the way, fireplaces aren't officially rated for energy efficiency because they're so varied. Depending on the source of information, they can be 10% to 30% efficient in converting fuel to heat.

No inspection will turn a masonry or factory-built fireplace into a furnace, but it can improve efficiency somewhat, decrease the amount of heating dollars you're sending up the chimney, and increase your enjoyment of your hearth time by reducing smoke. If a sweeping prevents a chimney fire, you're talking about the difference between another ordinary January day, and the potential loss of your home, or even life. 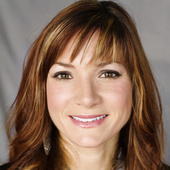