There was a significant decline in the number of mortgage default notices served on homeowners in the Las Vegas metro area and in Nevada in October, but not because of a sudden recovery in the housing market.

Instead it has to do with a new state law, Assembly Bill 284, which went into effect Oct. 1. The law requires the assignment of a mortgage or the beneficial interest in a deed of trust to be filed with the county recorder's office in the county where the home is located, rather than making this a voluntary option.

The law also requires any notices of default and election to sell real property to include an affidavit regarding the deed of trust, the amounts due, the possession of the note and deed of trust and the authority to foreclose. Failure to comply is subject to a civil penalty, and the penalty to make false representations concerning property title was increased from a gross misdemeanor to a category C felony. The law has slowed mortgage lenders down in their bid to foreclose on homes by compelling them, in effect, to prove that they have the proper authority to instigate foreclosure actions. This has become a matter of dispute nationwide as criticism mounts against the unregulated Mortgage Electronic Registration Systems, which was set up by banks as a warehouse of mortgage-related documents. By using MERS instead of recorders' offices, banks have been accused of contributing to a muddled paper trail that calls into question who actually has beneficial interest in the mortgage loans as they get packaged and sold to third-party investors.

According to Bill Myers, Nevada’s Top Short Sale Realtor with the Caliber Realty Group, “This new law will significantly help homeowners in distress who are trying to do a short sale.  Since the short sale process can take anywhere from three to six months, AB284 should allow homeowners more time to complete the short sale of their home, due to the fact that banks are taking longer to initiate the foreclosure process.”  Myers added, “There has never been a better time to do a short sale in Nevada.”

Additionally, Myers said, “Todays homebuyers are afraid to purchase bank-owned properties due to chain of title problems from bogus signatures, improper filings and robo-signings.  In Nevada, tens of thousands of homeowners don't really own their homes due to improper foreclosure proceedings.  This makes purchasing short sale properties a better option for home buyers.”

According to RealtyTrac.com, the new law contributed to a 34.5 percent decline in the number of foreclosure notices filed against Nevada homes in October versus September. Foreclosure filings include notices of default and trustee sales and properties repossessed by banks. That decline was caused mostly by a 75 percent decrease in default notices statewide.

The Las Vegas metro area in October fell to fifth place among areas with at least 200,000 residents, after topping the list for 22 consecutive months. Las Vegas, with 162 housing units per filing, saw a 36.2 percent decrease in foreclosure filings in October versus September. But the metro area experienced an 80 percent drop in default notices.

Last year, The Myers Team sold more short sale listings than any Realtor or Broker in Nevada.  Myers Team Owners, Bill and Francoise Myers have helped hundreds of Las Vegas families avoid foreclosure.  Myers said, “Sellers facing foreclosure must remember that banks are not looking out for you or your family.  When you work with The Myers Team, our job is to get between you and the bank.  We represent our clients, NOT the banks.  It is our job to take away the stress and negotiate the best possible outcome. 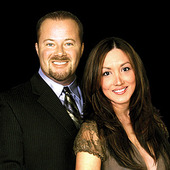