Tuesday, November 22, 2011 marks the 48th anniversary of the assassination of President John F. Kennedy. That cool November morning of 1963 in Fort Worth Texas, my mother,  my younger brother Ken and I stood on the tarmac at Carswell Air Force Base directly in front of Air Force One and Air Force Two.  Both planes were waiting and ready to fly the President and the Vice President  for a 30 mile flight to Love Field in Dallas. A trip that would be JFK’s last flight as President of the United States of America and Vice President Johnson’s last trip as Vice President.
Mr. and Mrs. Kennedy spent the night in our city at the Hotel Texas in downtown Fort Worth.  Our city was excited to have the President and the First Lady visit. Thousands of people turned out that Friday morning hoping to be lucky enough to get a glimpse of these famous people.  My mother thought our best bet to see the President would be to go to the Air Force base and see him when he arrived to board his plane. There was a rope line set up on the tarmac to separate the spectators from the area where the President’s motorcade would deliver him to board the plane. We arrived early and Mother picked a spot near the far end of the rope line directly across from the door of Air Force One.  As we stood in line more and more people showed up and soon several hundred joined us to see the President.  We began to  hear the sirens of the escorts for the motorcade in the distance.  First to arrive was Vice President Johnson and his wife Lady Bird. With them was John Connally, Governor of Texas and his wife Nellie along with many other local, state and national dignitaries.  Within a few minutes the motorcade with President Kennedy pulled up at the opposite end of the rope line. The car he and the First Lady were riding in was a Lincoln convertible limousine.  I noticed the top was not on the car and thought I bet they must be cold because of the cool November morning air.  As soon as the President’s car stopped he and the First Lady got out and walked to the other end of the line of people standing behind the rope and both started shaking hands.  JFK was working the crowd like any good politician would do. Smiling, making eye contact, saying hi and shaking hands. There was certainly excitement in the crowd and the President  and  First Lady made their way down the line coming closer and closer.  The crowd behind us, of course, started pressing forward toward the rope dividing us from the President.  As the he and First Lady approached the area we were standing Mother pushed Ken and I toward the rope and told us to put our hands out.  We did as Mother told us and within a few seconds the President of the United States of America reached out and shook my hand.  Never before had this ten year old boy been in contact with a person so important or famous.  As I shook his hand I noticed how warm it was.  He looked at me and the then quickly looked at my brother and shook his hand.  Right behind the President was the First Lady and Ken and I shook her hand as well.  The President and First Lady shook hands with only a few more people and then walked up the steps leading to the door of Air Force One.  He turned in the door of the plane and waved to the crowd, then made that fateful trip to Dallas.
In just over an hour the President would be shot and killed in Dallas. My mother was crying as she told Ken and me about the President being killed.  For the next 3 or 4 days the world seemed to stop. I remember sitting in front of our black and white TV watching all the news reports from the only three channels we had at that time, NBC, CBS and ABC.  For that young boy he made a lasting impression, and I will never forget as long as I live the day I shook hands with JFK.

What an emotional day that must have been, to be there to shake the president's hand...and to learn later in the day that he was shot.

Everyone remembers where he or she was upon hearing the news...you were THERE!

Rick, What an Honor and Privilege you had shaking hands with one of the Most Popular President in history. How well I remember where I was that cold November morning 48 years ago. The whole world watch in Shock and Horror from those old Black and White TVs.  Thanks for sharing your story.

That must really bring it "close to home" every year for you. I was barely a year-and-a half, so have very sketchy memories of this time. But, very nice reading your memories of an especially good part of that day...

Thanks for sharing your special moment in history.

Rick Irving - That's quite a story!!! I can only imagine what your experience, your mother's and brother's meant to you and your family. I hope you will consider re-writing it for a current date. So many people would enjoy reading it. JFK means something different to each and every one of us and he still is the most memorable.

I hope we meet some day.

WOW, what an intriguing story, Rick! Thank you so much for sharing. JFK is definitely one of the most memorable US Presidents and what a pleasure, I'm sure, to be able to hold this memory near and dear in your heart. 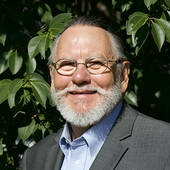 over 10 years ago
bookmark_border
Rain, Rain Don't Go Away Texas Needs All It Can Ge ...
View more Recent Posts   arrow_forwards

A place to for discussion, sharing thoughts and ideas.