How Did Thanksgiving Officially Start? | A Day of Thanks or Bargain Shopping! Most of us know that the first Thanksgiving took place between the Pilgrims and the Native Americans way back when, but did you know when it officially became a Holiday here in these United States of America?

By the President of the United States of America. A Proclamation.

Whereas it is the duty of all nations to acknowledge the providence of Almighty God, to obey His will, to be grateful for His benefits, and humbly to implore His protection and favor; and whereas both Houses of Congress have, by their joint committee, requested me "to recommend to the people of the United States a day of public thanksgiving and prayer, to be observed by acknowledging with grateful hearts the many and signal favors of Almighty God, especially by affording them an opportunity peaceably to establish a form of government for their safety and happiness."

Now, therefore, I do recommend and assign Thursday, the 26th day of November next, to be devoted by the people of these States to the service of that great and glorious Being who is the beneficent author of all the good that was, that is, or that will be; that we may then all unite in rendering unto Him our sincere and humble thanks for His kind care and protection of the people of this country previous to their becoming a nation; for the signal and manifold mercies and the favorable interpositions of His providence in the course and conclusion of the late war; for the great degree of tranquility, union, and plenty which we have since enjoyed; for the peaceable and rational manner in which we have been enabled to establish constitutions of government for our safety and happiness, and particularly the national one now lately instituted; for the civil and religious liberty with which we are blessed, and the means we have of acquiring and diffusing useful knowledge; and, in general, for all the great and various favors which He has been pleased to confer upon us.

And also that we may then unite in most humbly offering our prayers and supplications to the great Lord and Ruler of Nations, and beseech Him to pardon our national and other transgressions; to enable us all, whether in public or private stations, to perform our several and relative duties properly and punctually; to render our National Government a blessing to all the people by constantly being a Government of wise, just, and constitutional laws, discreetly and faithfully executed and obeyed; to protect and guide all sovereigns and nations (especially such as have shown kindness to us), and to bless them with good governments, peace, and concord; to promote the knowledge and practice of true religion and virtue, and the increase of science among them and us; and, generally, to grant unto all mankind such a degree of temporal prosperity as He alone knows to be best.

Given under my hand, at the city of New York, the third day of October, in the year of our Lord one thousand seven hundred and eighty-nine.

Many Blessings to you and your family this Thanksgiving Holiday Weekend.  Let us give thanks for those still present in our lives and remember those of our love ones that have passed.  With Black Friday this and Cyber Monday that, I think the true meaning of the Holiday sometimes gets lost in the shuffle.

Groups:
Addicted to Active Rain
Bananatude
Diary of a Realtor
POSITIVE ATTITUDE for the Weary Soul
Posts to Localism

Happy Thanksgiving John, I know this holiday was hard so soon after losing your Dad, I was thinking about those who have had such heartache this year, makes us thankful for the days we have spent in health and wellness.

On a positive note, I bet you are very thankful Texas pulled out a win over A & M, WOW what a game, wish I could say the same about LSU v Ark  :( 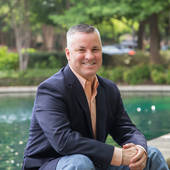 Southern Denton and Tarrant County Texas Real Estate Blog By Hrisco & Associates. As an Roanoke, Texas REALTOR; Northeast Tarrant County & Southern Denton County Real Estate Expert, I am proud to say that I live here, work here, and play here! My blog will feature real estate information, market activity specific to: Argyle, Keller, Fort Worth, Southlake, Westlake, Grapevine, Haslet, Colleyville, North Richland Hills, Roanoke, Trophy Club and surrounding cities. Whether you are a local buyer, seller, renter, investor, resident or fellow agent, I hope that this blog will provide insight as to what makes Roanoke, Argyle, Ft.Worth, Keller and Northeast Tarrant and Southern Denton County such a unique place to live! Our sole goal is to bring you the most up-to-date information in regards to the Real Estate Marketplace and how it may effect you. Moving forward, we will only post information that we feel is relevant to the real estate industry and how it effects the consumers in general as well as information about the communities we serve. We sincerely hope that when it comes time for you to be in need of Real Estate services that you give us a chance to be of service to you. Let us put our 18+ years of experience in real estate here in the Metroplex to work for you.