FHA Loan Limits Restored by Congress on November 17, 2011.  Congressional action reinstates the loan limit at 125 percent of area median price up to $729,750 for two years.  This is great news for home buyers throughout the country and especially for homebuyers in Sarasota, Florida.

According to Gary Thomas, 2012 President-Elect, National Association of REALTORS®  bill also includes an extension of the National Flood Insurance Program until December 16th.  This bill is to be signed by the President and then a mortgagee letter released by HUD will signal the availability of the increased limits.  You can go to FHA Loan Limits to determine the limits as of October but until the mortgagee letter goes out the restored limits are not computed. 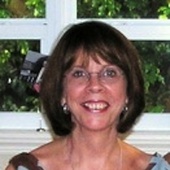