Warning: The story you are about to read has nothing to do with Real Estate, and could very well make you dumber by proxy.

Carl Maldalfi spent Thanksgiving in a ball pit in the toy section of Stalwart Superstore. Gnawing on the strips of smoked turkey he had concealed on his person, namely in the myriad pockets of his black fatigues, he bided his time while the last-minute holiday shoppers stuck primarily to the bakery and food aisles.

Hustle and get that pumpkin pie, he thought with a disgusted smirk. Not like you had three hundred and sixty five days to secure that can of cranberries.

The lazy habits of the typical American consumer made the Gulf War veteran sick. The entitled masses had no discipline. No impetus for proper planning. No respect for the sacrifices made by men like him who fought to protect their petty, apathetic way of life.

Carl froze, realizing he’d been spotted by the owner of the tiny voice.

“Hi,” the child tried again, staring Carl in the eye and holding a package that housed a small, green and chrome top.

Carl recognized the toy as a Beyblade, not unlike the one his son Sherman had included on the list he mailed to Santa via Carl’s post office box address. The list that now resided in his right front pocket.

The snot-nosed little brat in front of him probably didn’t even know he could buy it for 70% less in about eight hours.

Desperate to retrieve Sherman’s rightful stocking stuffer from the pint-sized bogey, but equally determined to maintain cover, Carl narrowed his feral, brown eyes. His face obscured by a liberal application of eye-black, they were the only visible features of his fearsome scowl.

“You silly,” the boy laughed as he tore open the packaging. He threaded a red, plastic ripcord through the toy, preparing it for battle.

The boy pulled the cord, launching the whirling top. Carl watched as it bumped against the base of his enclosure. Looking around, seeing no one else, he shot a black-sleeved arm out of the sea of plastic balls and snagged it.

“Jimmy,” a woman’s voice called from an aisle over, closing. “Jimmy?”

“There you are,” the young mother exclaimed as she swept the stammering child into her arms. “You can’t just run off like that, sweetheart.”

Carl put a finger to his thin lips, imploring the imp’s silence.

“I told you we’d get you one tomorrow, sweetie,” she promised, kissing his wispy blond hair as she strode off in the direction of the bakery.

“B-but the man in there took it,” the child objected, looking over her shoulder and pointing at Carl’s hiding place.

Carl pointed back at the boy and drew a thumb across his own throat.

“Of course he did, sweetie,” she acknowledged, not faltering in her purposeful march. “But we have to hurry. Now, do you know any little boys who like apple pie?”

“Me,” the boy squealed before disappearing out of earshot.

Carl let out the breath he’d been holding as a tinny beeping erupted somewhere around him. He experienced a brief moment of panic before realizing it was the timer on his wristwatch that he had synchronized to the store’s posted closing time. He stayed the alarm with the touch of a button and removed another piece of jerky from a pocket.

Only after the last employee had finished restocking the neighboring shelves, and the janitorial crew came and went an hour after that, did he dare emerge from cover.

It took a full five minutes to unwind his frozen appendages. Stretching the pain out of his shoulders, he removed the night vision goggles from the black backpack that had made an unforgiving pillow for the past six hours.

“There you are, my pretty,” he mumbled into the otherworldly green hue as he donned the goggles and spread out the hand-drawn schematic map that had taken him multiple reconnaisance trips to perfect.  Confirming the route that was seared into his nefarious mind, he set off for the electronics department.

Removing several more items from his pack, he first rigged trip wires to both points of entry to the 55” LCD flat-screen televisions.

“I’ll take the Samsung,” he smiled. “You mooks can have the Claymores.”

Carl’s next stop was the home appliance section by way of the automotive department. He smiled as he electrified the handle of a Maytag Neptune with a set of alligator clamps and a portable car battery charging station.

In the sporting goods department, he used fishing line and a two by four to rig a bowling ball to fall from the shelf above an official Thomas the Tank Engine tricycle.

A bullsnake with a baby rattle duct taped to its tail would dissuade even the most eager hand from reaching too deeply into the dollar DVD bin.

In the women’s clothing section, he paused in front of an item not on his list.

“For Deborah,” he assured the empty confines as he switched the tags on two pairs of satin undergarments.

On a whim, he greased the floor in front of the pain killers in the pharmaceutical aisle with jar after jar of Vaseline.

Removing his goggles, he was shocked to find that sunlight was already beginning to creep through the East-facing glass doors of the cavernous facility. He saw a long line of shifting shapes that he knew to be inhabited sleeping bags stretched along the length of the storefront.

The vultures were waking.

After one last check of his list, he crept back to his lair; slipping under the undulating surface of multi-colored plastic balls as the echo of a deadbolt being thrown reverberated throughout the quiet store. He removed a final item before ditching the backpack, his legs tense as he prepared to fall in with the initial wave of slack-jawed bargain hunters.

They might not score any of the best deals, but at least they’d bring home a good story. His grip tightened around the canister of military-grade mace.

This was going to be fun.

Now that is Black Friday - "Black Ops" at its best.  This was a riveting story.  NIGHT-VISION GOGGLES!

Like
Tanya Nouwens
Immeubles Deakin Realty - Montreal West Island, QC
Montreal Real Estate Broker & Stager
Ummmm, excuse me? Where is the rest of the story please? Seriously? I just willingly read something that I knew might not be good for me and you leave me with the weak "this was going to be fun?" What the dillio, Monsieur Slaybaugh? YOU OWE ME AN ENDING!
Like
Cindy Jones
Integrity Real Estate Group - Woodbridge, VA
Pentagon, Fort Belvoir & Quantico Real Estate News
Oh my though when I heard the news about someone being peppered sprayed at Wal-Mart I was reminded why I skip Black Friday.
Like
Brian Morgenweck
Power Realty Group, LLC Bergen County, NJ - Hackensack, NJ
Broker/Owner, GRI, CRS, ABR, SRS

"So, you see little Jimmy... It's very important to master "technology" like the WalMart MacGyver"

Like
Paul Slaybaugh
Realty Executives - Scottsdale, AZ
Scottsdale, AZ Real Estate
As suspected, this account has about as much juice left in it as last year's orange crop. Thanks for reading, you hardy few ;) @Tanya - Come on, you know how it goes down when those doors open. It's all over the news every year. A taser here, a trampling there ... you don't need me to fill in those blanks.
Like
Tanya Nouwens
Immeubles Deakin Realty - Montreal West Island, QC
Montreal Real Estate Broker & Stager

I need you to fill those blanks with something else, my friend, something other than what we expect :) 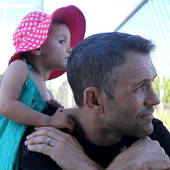