This is the same as asking how much does a house cost?  A rate is useless until you attach a borrower, credit history and income and time-frame to it.  Every deal sings its own song and blurting out a rate is a disservice to a buyer. Take for example a recently quoted rate to a client with an immediate response of "that's too high."  I was a half point away from his co-wroker's recently closed deal.  Time to start digging for the truth.  His friends deal was an ARM which my client did not want.  His friends deal floated his rate for 1 month and locked one week before closing.  My client wanted nothing to do with that and wanted the safety and security of a guaranteed locked rate until closing.  So looking back at rates and his friends great deal was actually easy to beat and he could have done much better considering his float option and adjustable rate.  So the next time you see that great low rate in the local paper, know that there is so much more than that number.

Scott, perfect comparison. How does it matter to find out the price of a home if you do not want to buy anyways? It's called buyer's market for a reason...

You are so correct. This type of thing doesn't happen very often in my mortgage practice, but this is how I address it. When I get the sense that someone is shopping rate, I make the following statement. If rate is the only reason you are calling me, I can assure you, there is always someone that will have a better rate. More times than not, the topic changes to their situation and needs. If they continue with the rate conversation, the conversation is over very quickly.

Scott - Great comparison.   Love the way you explain things, and educate us all so nicely.

Scott - don't forget to go back and comment back to your commenters in your comment section in your posts...

Where's our next blog post about Ridgefield?   You know so much!   Teach me more, little by little.... 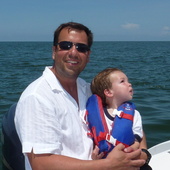