Low VOC paint is a version of interior paint that has significantly reduced levels of VOCs, which means volatile organic compounds. It's pretty easy to guess that compounds that are volatile probably aren't very good for you. And they are not. Unfortunately, most of the paints on the market have a high level of them, and they can cause serious health problems.

Despite this, many people still paint their living rooms and nurseries with paints containing high levels of VOCs. The chemicals that are released can literally be deadly. Asthma, respiratory problems, and cancer have been linked to the 300 toxic chemicals used in interior paint. A single can has as many as 10,000 different chemicals, not all of which are toxic. 150 of the 300 known hazardous chemicals are directly linked health issues like cancer. In other words, when they have exposed rats (and eventually humans) to each of the 150 toxic chemicals known to cause cancer, cancer was discovered.

This is a rather scary thing to put on your walls. Low VOC paint offers the same high quality coverage but without the disregard for human health. The risks associated with the lower levels of VOCs are minimal because there is a way to make paint without all of the toxicity. So why doesn't everyone just make paint with lower VOCs?

It is more expensive to create the paint without the higher levels of volatile organic compounds. Manufacturers do not want to spend more money than they have to on the production of any product. Yet, there is something to be said for creating a paint that is not going to harm the family that lives around it.

Over time, the VOCs actually are found in the air. The wall or item that has been painted will release these toxins over a period of time. The big problem with that is the constant exposure. Just like it takes cigarettes exposure over time to cause cancer, so do VOCs.

Choosing a low VOC paint will help you protect your family from the potential health risks associated with constant exposure. With the increase of volatile organic compounds found outside and in industrial buildings like schools, there is a grave concern about the health of the next generation. Choosing paint that reduces the risks to your health is a very good step in the right direction. 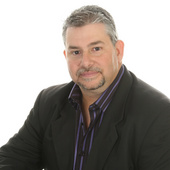