Here I am again. It is a cold, dark morning in early November. It is 7 a.m., and I am standing in a circle with a small group of people, all of us clad in running gear and preparing to step out on our first training run of the season.

We are here to start training to walk or run a half or full marathon. For me, it will be The Woodlands marathon in March 2012. More importantly, we’re committing ourselves to use our endurance event to raise money for cancer research through Team in Training. It is a powerful concept first conceived of by a father out of love for his daughter. In 1988 Bruce Cleland of Rye, NY formed a team that raised funds and trained to run the New York City Marathon in honor of Cleland's daughter Georgia, a leukemia survivor.

The team of 38 runners raised $322,000 for LLS's Westchester/Hudson Valley Chapter, according to Team in Training’s web site. That first event marked the birth of TNT, and it has since grown into the world's largest endurance sports training program.

This is my fourth time to run a marathon for Team in Training. It’s a magic formula. They train you for an endurance event. You raise money for cancer research. Lives are saved.

When I first started running again in mid-life a few years ago, it was just for me. I just needed to do something to fight against and master my inner couch potato. I started running laps, slowly, around my neighborhood. I later entered my first 5k race in years, and felt a sense of accomplishment.

And then, I got a postcard in the mail from the Leukemia and Lymphoma Society. It encouraged me to do something I had always wanted to do – to run a marathon – but to do it for others.

Specifically, the postcard asked me to consider running a marathon for a higher purpose: using my running to raise money for research. It has changed me.

Gradually, as I committed to run my first marathon, what had mostly been an abstract boogeyman – cancer -- became very real to me, as the world unfolded and my eyes were opened to the battles going on around me. I learned that Kuyk Logan, a longtime journalism professional who I’d gotten to know through my former career, had won his battle against lymphoma. I found out that Wayne Mack, the tremendously generous, caring head of custodial services for Montgomery County, was thick in the middle of his own fight. I met an incredibly dynamic young couple, Bill and Dana-Susan Crews, whose battle against cancer took many forms, including Bill’s own harrowing bout against lymphoma – all the more frightening because he had lost his own sister to leukemia at an early age. You can read more about them here . I came to know guys like Barry Blanton, who beat his own battle with lymphoma only to see his own father succumb to leukemia a few years later.

And I watched as longtime friend and colleague Julie Martineau began the battle of a lifetime at the side of her husband, Russ, who has been battling multiple myeloma for four long years.

It was by watching or listening to their stories of their struggles that I came to understand how important it was that I run for someone more than myself.

I also learned that all the devotion, discipline and focus it takes to run a marathon is just a pale reflection of the intensity, personal courage and strength that it takes to run the longest marathon of all – a battle with cancer.

I’ve known difficult runs. As you ramp up your mileage to prepare for that marathon, at times you find yourself running in less than ideal conditions. Sometimes you’re out on an 18-mile run and the heat is beating your head, sapping your strength, and telling you that you just need to quit.

Or you’re simply dog-tired after a tough week at work, and find it hard to crawl out of bed for an early morning Saturday long run with your teammates – especially if it’s 40 degrees outside.

And then comes the marathon itself, and all the elation of having made it to this point confronts the reality of navigating 26.2 miles and finally finishing.

But even on my worst training day, it is nothing to compare with the most grueling endurance event on the planet – confronting one’s own battle with cancer. I have learned of this from others. As a cancer patient, you must face your fears. You have to confront death, while planning for life. Your faith in God is tested. And then there is the physical pain of surgery, the ordeal of chemotherapy, the humiliation of losing one’s hair. For many, financing a battle against cancer is crushing.

This is why I run for Team in Training. I run because I remember the long, running battle Julie and her husband Russ fought against cancer. I remember praying every day for his healing, and wondering why the news seemed to only grow more grim. And I run because of the joy they finally experienced just a few weeks ago, when they learned that Russ was in remission. After four years of ups and downs, the news was overpowering. You can capture a bit of that joy from this entry in Russ and Julie’s logbook at CaringBridge, which she said I could share:

“COMPLETE REMISSION!! Dr. Barlogie said it and did not put any qualifications on the declaration,” Julie writes on the day they received the news.

She goes into more detail, but then finishes her entry with this:

“It is time to sing God’s praises and offer prayers of thanksgiving! Life is full of highs and lows; we celebrate the highs by thanking God and fight through the lows by seeking shelter in God’s love and mercy. He knows life is not fair or easy. He does not promise that. He promises to be with us, to help us through the difficult times because He knows we will have them.

“This promise makes the praise and thankfulness sweeter and richer. We savor the good news after we have had to deal with the stresses caused by fear and worry.

“Give thanks to God for He is good! His Mercy endures forever!!”

Every time I run to raise funds for the Leukemia and Lymphoma Society, I know the dollars given by my friends and family are going to pay for the research and patient support that makes it possible for a couple like Julie and Russ Martineau to wake up one day and find that their long marathon is finally over, and that they not only finished -- they won.

Jim Fredricks is running a marathon to raise funds for cancer research through Team in Training. You can donate to his cause here: http://pages.teamintraining.org/txg/wood12/jimfredricks

Great blog Jim and so proud of you for training for this cause.  i need to train with you guys 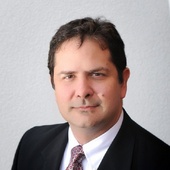