Home > Blogs > Brien Berard > Laurel Real Estate Blog
bookmark_borderbookmark
Garrett Park, MD If you’re looking for a charming, authentic and unpretentious little town with great proximity to big cities and the intimacy of small town living, Garrett Park is it. Garrett Park is a town in Montgomery County, named for a former Baltimore and Ohio President, either John or Robert Garrett. As of 2000 census, its population was 917. But Garrett Park has everything that you need in Maryland real estate, if you understand the advantages of a small town. It has considerable history, the obligatory few stores and it’s generally a great place to live. HISTORY Incorporated in 1898, the land was purchased by a businessman named Henry W. Copp, for the purposes of building a suburban development. With that intention, he limited the commercial alternatives with the consequence of stagnating development. As society became more automated and automobiles replaced trains, additional houses were built. But in 1982, residents voted to ban any contact with nuclear weapons within the town, making it the first nuclear-free zone in the United States. Many sites within the town are included in the Garrett Park Historic District that is listed on the National Register of Historic Places. EDUCATION With a town the size of Garrett Park, you won’t find any major universities or centers of academic influence. But the elementary, middle and high schools are to be found here, all part of the Montgomery County School system. OTHER ATTRACTIONS This is a residential town with not much more than a post office, few small businesses and one road, Maryland State Highway 547 that goes into and out of town. You won’t find any mail delivery here; the residents prefer to visit the post office to collect their mail. But when you want to leave by rail, Garrett Park is served by the MARC train Brunswick line. WHY GARRETT PARK? Make no mistake. You’ll find no Broadway, no multi-level shopping malls and no convention centers in Garrett Park. Those who live here choose to visit such venues at will rather than by necessity. But there are a number of great reasons to find yourself and your family in Garrett Park. The schools offer the advantage of small classrooms in a community where people know each other. Garrett Park shows the diversity of Maryland real estate. To view homes for sale in Garrett Park, click Maryland home sales
Like favorite_border
favorite_border 0
Re-Blog
repeat 0
bookmark_borderbookmark

May 2012 bring your great happiness and prosperity!

That is a nice little write up on your town. I have been thinking about doing something similar, but haven't gotten to it yet.

Hi Brian -- a good introduction to Garrett Park -- it's interesting to read that the residents prefer to meet and pick up their mail at the post office.

Wanted to stop by today to wish you  and your family

We have family in Laurel. Good to meet you both and I'm glad you popped by my post...otherwise I may not have found you for a while yet. ;)

Garrett MD seems to offer alot of charm and housing for buyers...thanks for sharing!

Garrett Maryland does indeed sounds like a lovely area of our nation. 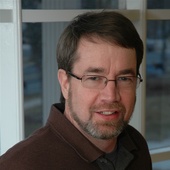