Tips For Achieving Your Goals, Whether Short or Long Term :

Do you have long-term projects with short-term expectations? If you do, that is a sure path to frustration and failure. Lifestyle and business goals such as exercise, healthy diet and money, more clients, etc, have to become habits in order to be effective. Career changes, changes in your business because of the market and/or economy also takes time and planning, and it doesn’t happen overnight.

Your world has shifted. There’s voice mail, e-mail, twitter, facebook, and faxes that have made a “waiting” period unacceptable and almost obsolete. With information immediately available, we expect relationships and goal achievement to be done the same, whether in business or in life. As you read this you know that it is unreasonable to expect that and yet we still do ? We’ve been led by advertisers to believe that we deserve immediate gratification, and that it is readily and effortlessly available!

When you want to train a puppy, you know that it’s going to take time and consistent reinforcement. You’re ready for that, because you want your puppy to behave in an acceptable way. Why then, are you so patient with the puppy and so hard on yourself?

When you plant seeds in the garden, you tend them, water them, hope for sunlight and nurture them. Are you nurturing yourself?

The best way to move gently and effectively towards your goals is to take a reasonable approach. Break your long-term project goal into sub-goals. Break it into doable, short-term chunks. Today prepare the soil; tomorrow plant the seeds.

Each action you take and each step is satisfying because you know that it is contributing to the completion of your goal. You cannot rush Mother Nature with your garden, and the same is true for your goals.

This process is much more than “bloom where you’re planted”, because when you’re the gardener you choose what to plant and how to nurture it. Do the same for yourself, and grow yourself beautifully. Your goals will be accomplished in due time, and you won’t end up up-tight and frazzled, which usually leads to thinking your goals cannot be obtained.

Author Michael Jeffreys personally interviewed 15 top motivational gurus in 1997 for his then upcoming book. After talking to gurus from Brian Tracy to Dr. Wayne Dyer, he distilled 8 Secrets to Success they all agreed upon. These secrets are still good today and are as follows:

1. Take 100% Responsibility for Your Life – In a society where people blame everything from their parents to the government for failure, those who don’t buy into this mentality or succumb to the “victim” thinking, succeed. To blame something or somebody outside yourself is saying that they have control over your life and not you. Someone else’s opinion of you doesn’t have to become your reality.

2. Live Your Life On Purpose – What separates motivational thinkers from the unsuccessful is that they believe they’re doing what they were put here to do. The difference between this and just living, is that the latter is just getting through the week with the least amount of problems. But when you live your life on purpose and with purpose, your main concern is doing the job right, consistently thinking of quality vs quantity. For the entrepreneur this means finding a cause you believe in and building your business around it.

3. Be Willing to Pay the Price - Be willing to pay the price for your dreams. Wanting a big house, a luxury car, and a million dollars in the bank is all very nice, and everyone wants these things – but are you willing to pay the price to get them? This is one of the major differences between the successful and unsuccessful. You have been given a job to do, whatever that may be, whatever profession that may be in, no one ever said it was going to be easy.

4. Stay Focused – Every day we’re bombarded with hundreds of tasks, phone calls, messages, and everyone competing for our time. Focusing requires giving up something in the present because you are investing your time in something that will pay off big-time down the road. Jack Canfield and Mark Hanson were turned down by 30 publishers when they submitted the first “Chicken Soup for the Soul” book. Instead of giving up, they stayed focused on their goal(s) and did four or five interviews per day for radio, TV, and newspapers, for five days a week for an entire year. Eventually, a small publisher decided to take a chance, and of course now it’s a best-seller that spawned an entire series that have sold more than 10 million copies.

5. Become An Expert in Your Field One striking factor all successful people have in common is how seriously they take their profession. They strive to be the best at what they do, and do almost anything to improve. If someone followed you around all day with a video camera at your business, would it be a tape you’d be proud of or embarrassed about? Make the decision today to work at being the best in your field. How? By finding out what the “best” in your field are doing, and do what they do while separating yourself from the rest.

6. Write Out a Plan for Achieving Your Goals – Write out an action plan/map, heck, make a dream board if you need to, for how you’re going to achieve your goals. Trying to reach your goals without a plan is like trying to drive from Los Angeles to Chicago without a map. A goal that isn’t written down is merely a wish or fantasy.


7. Never Give Up - Never, never, never give up, no matter what factors or circumstances head your way. When you’re fully committed to achieving your goal, giving up is not an option. You must be willing do whatever it takes to make it happen. The power of perseverance is an awesome force. As someone once said, “inch by inch it’s a cinch”. Think of the lowly inchworm – if it pondered the length of the trip from start to finish before it started, it probably would never move. To a worm’s point-of-view, the garden path must look like a trip to Mars. Keep on going like the EverReady battery bunny, we so often call ourselves and pretty soon you’re there.

8. Don’t Delay – Nobody knows how much time they have left to accomplish their dreams, and we must remember that we don’t have forever. The clock is ticking, and sooner or later your number comes up and you’re gone. Successful achievers know this too, but they don’t view it as a “negative”. Achievers use it to “spur them on”. They go after what they want as energetically and as passionately as possible, for as long as they have.

“Today is a check – cash it! Yesterday is an I.O.U. – forget it! Tomorrow is a promissory note, don’t bank on it!” I think that’s a pretty good summation of life, so go out there and cash in on that “today” check.

Great tips and good reminder- as we plan for 2012 .  Thank you for this post, ill share it with my new associates.

Like
Melissa Grant
A Serendipity World - Greenbackville, VA
The Law of Attraction In Life & Business

Michele - Thanks ! Sometimes we just need a reminder :)

HI Melissa - Lots of great info in this post!  I start off each year with written goals, and feel that if I didn't do that, I'd never know how I was doing or where I was headed.

Melissa, just stopping in to wish you a very Merry Christmas.

Melissa always good to see your posts. I have not comment on them in a while but enjoy reading them, Happy New Year to you and yours

Thank you for sharing your ideals today. One day at a time I have set my goals fairly high this year and i am right on track to get my listing numbers up. Now I just have to get them out on the web and sold. Do you have any ideals to get higher priced listings 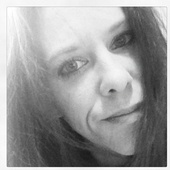