Much of the talk of Nanotech manufacturing and research in the Capital District Tech Valley centers in Malta, NY (Fab 8, AMD Global Foundries), and UAlbany College of Nanotechnology.  We might also think of RPI and the research and development going on there.  But let's not forget the Watervliet Arsenal!  The Arsenal, originally built in 1813 to support the war of 1812 is the oldest continuously active arsenal in the country and is now the home of over 15 private companies - many of them in the nanotech, semiconductor sector.

The newest tenant, Cleveland Polymer, is moving from Elmira, NY to take 30,000 SF of space in Building 125 so it can be close to its East Coast customer base, including the Albany College of Nanoscale Science & Engineering.  Another company, Vistec Lithography, moved into the building several years ago from Cambridge, England, to be closer to the NanoCollege.

Later this month, according to the Times Union, M+W, US, a company building the Fab 8 Global Foundries chip plant in Malta, NY, will be relocating its headquarters from Texas to Building 125 at the Watervliet Arsenal, as well.

Sounds good to me.

Show All Comments
Anonymous
Anonymous
The Arsenal actually opened in 1813, during the War of 1812!
Like
#1
Jean Singleton
Capital Realty Experts - Rexford, NY
Specializing in Your Special Needs
Ooops!! Well I won't trust that source, again! Thank you for the correction. :-)
Like
chevron_left
Older Post
Back to Top
Newer Post
chevron_right
Rainer
134,629 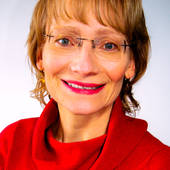 Jean was very helpful and found what we were looking for. When it comes time to sell our house we are going to hire Jean to do it. She is very nice ... more

Let the Referrals Do the Talking