I am not a big fan of the big banks and the foreclosure epidemic that has crippled the housing market and played a huge part in the economy’s current condition.

By this point if you have not figured out that it was much more involved in the housing crash than just people overextending themselves and buying more house than they could afford then you need to have your head examined.

If you have never seen the movie “Inside Job” I highly recommend it. The Documentary is very easy to understand even if you are not very familiar with how banking and mortgages work.

It really breaks down not only how everything happened but shows that the big banks and people on Wall Street knew it was going to happen and actually bet on it to happen. Thus making the 6.5 million homeowners that are right now in some stage of foreclosure merely a pawn in their game

I could sit here and write thre different books on how, what, where and why but this article is more to cover the recent happenings than it is to talk about the genesis of the problem.

About 18 months ago a robo-signing scandal emerged in the United States involving GMAC Mortgage and a number of major U.S Banks.

Banks had to halt thousands upon thousands of foreclosures in numerous states when it became known that the paperwork was illegitimate because the signers had not actually reviewed it. While some robo-signers were middle managers, others were temporary workers with virtually no understanding of the work they were doing.

In Maryland two major Law forms were caught red handed in the middle of the robo signing scandal. Here is a blog post from October 2010 that goes into great detail about the Maryland attorneys that were involved.

Before all of this broke the average time it would take in Maryland to foreclose on a home was 5-8 months and that’s from bell to bell meaning the time you missed your first payment to the time that your house went to sale, the foreclosure was ratified and the bank was filing for eviction if you had not left the house.

I know several Realtors that strictly work with banks selling their foreclosed inventory which is commonly referred to as REO’s. Every single one of those agents have watched inventory dry up over the last year and a half.

It became very clear that in Maryland at least banks were putting a freeze on foreclosures so that they could reevaluate the validity of their cases, especially considering the fact that the two Maryland firms that were caught with their pants down so to speak were representing a large portion of those cases.

This goes hand in hand with the fact that reported foreclosure filings in Maryland have dropped in the past 18 months. Many times people that I know would hear that fact reported on local news outlets and then say to me “that is a great news right”?

Keep in mind that for every action there is a reaction. That all sounds great that literally thousands of Maryland homeowners have been living without a monthly payment now for years in many cases. Unfortunately, current home owners are going to pay that price when the dam wall finally breaks.

That is without a doubt what is going to happen. For the last 18-24 months this backlog of distressed homes that will eventually end up on the market has been backing up while the banks try and get their paperwork right. When it happens and these properties start flooding the market you are going to see another big drop in home values based on the very basic law of supply and demand.

About 3-4 months ago the word going around was that it was starting to happen and that the banks had their T’s crossed and their I’s dotted and by the 4th quarter of 2011 Foreclosures were going to start hitting hard and fast.

While I have seen a little bit of pick up in foreclosure activity it is more like a snails pace than a rabbits and the fourth quarter is almost over. Two recent news stories have hit that have me wondering if the banks are still not out of the weeds.

The Massachusetts Attorney General alleges these five entities, "engaged in unfair and deceptive trade practices in violation of Massachusetts' law by: Pervasive use of fraudulent documentation in the foreclosure process, including so-called "robo-signing", foreclosing without holding the actual mortgage, corrupting Massachusetts land recording system through the use of MERS, and failing to uphold loan modification promises to Massachusetts homeowners."

With people starting to go to jail and entire states filing lawsuits against ll of the major banks the whole landscape may be about to change.This could be the beginning of a massive problem for the banks as many states will probably follow in the steps of Massachusetts.

This all makes me wonder how close we really are to getting through this.

Regardless of when the banks will finally push forward with all of these foreclosures there is one thing for sure, they eventually will. Since 2007 almost 95 percent of my business has been working with distressed home owners to avoid foreclosure. I have two different web sites set up that are loaded with Free reports and useful information to assist you in making the right decision for your family when your mortgage simply becomes unmanageable.

Please feel free to stop by and take a look at either of my sites and forward this article to anyone that you know it could help. I would love to hear your feedback on this article. 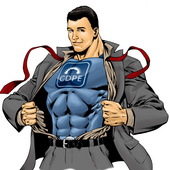 about 11 years ago
bookmark_border
How to Avoid Foreclosure with a Short Sale in Midd ...
View more Recent Posts   arrow_forwards