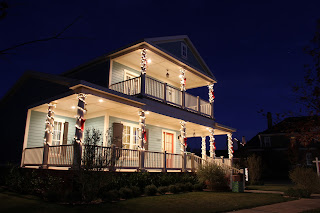 Real estate pros say 'tis the season for more serious buyers, less competition
By Inman News Inman News™
Share This
Most real estate professionals always advise sellers to list their homes during the holiday season rather than waiting, citing more serious buyers and less competition among properties, according to a recent survey from Realtor.com.
The property search site's Holiday Home Selling Survey gathered responses from 429 real estate professionals surveyed online between Oct. 26, 2011, and Nov. 8, 2011. The "holiday season" was defined as Nov. 23, 2011, to Jan. 2, 2012.
Among respondents, 60 percent said they would always advise a seller to list a home during the holiday season and agreed that "it's a good time to sell," while 30 percent said they would sometimes advise it if the seller were motivated. Only 1 percent said they would never advise it because "selling during the holiday season is always a bad idea."
The vast majority of respondents, 79 percent, said more serious buyers were one of the biggest benefits of listing during the holidays, while 61 percent said less competition among homes was a plus. Only 17 percent said cold weather making homes look cozy was an advantage.
Indeed, 39 percent of respondents cited winter weather as one of the biggest challenges to putting a home on the market during the holidays. An equal share said buyer vacation and celebration schedules were a problem.
But the biggest challenge, noted by 63 percent of respondents, was keeping a home "open house ready," meaning clean and staged, during this time of year.
Selling a home during the holidays requires employing different strategies from selling a home during other times of the year, according to the survey.
More than eight out of 10 respondents said online listing photos were particularly crucial for homes listed during the holiday season. The main reasons cited were that buyers attend fewer open houses because of busy schedules or winter weather, while sellers also host fewer open houses during this time.
The majority of respondents, 74 percent, said pricing a home to sell was even more important during the holiday season, and 40 percent said staging a home was more important at this time of year. Nearly a third said being flexible with contract terms such as move-in dates and when closing costs were paid was more essential during the holidays.
The way a home is staged during this time of year is also significant, according to the survey. Almost all respondents said they advised sellers to put up some seasonal decorations, though there were differing opinions on the types of decorations.
A 37 percent plurality said homeowners should put up some nonreligious holiday decorations to make a home feel inviting, while 28 percent said sellers should put up all of their holiday decorations, including religious ones, to make their home feel festive, the survey said.
A similar share, 27 percent, said sellers should put up seasonal decor that is not suggestive of specific holidays, while 8 percent of respondents advised sellers to stage their home without any decorations at all.
Eighty percent of respondents said they encourage sellers to light their fireplace when staging a home during the holiday season, while 62 percent said they suggested sellers update outdoor lighting because the buyer is more likely to see the home at night due to shorter days.Other popular staging advice for sellers included using winter-scented home fragrances before an open house, making the home feel more cozy through reading nooks and blankets on couches and beds, setting the table to showcase holiday entertaining, and playing seasonal music that is not specific to a particular holiday, the survey said. 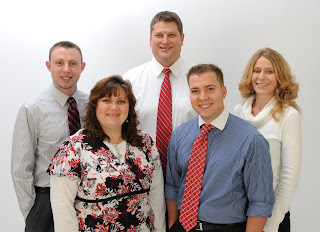