Mardela Springs drew English Settlers in 1664, because of the good farmland, natural springs, and Barren Creek, a tidal waterway draining into the Nanticoke River. This was great for the Tobacco farmers, because they could bring their crops. In 1704, a tobacco inspection warehouse was built and several grist and saw mills were built along the creek. The late 1700s a hotel had been built near the natural springs, which was a very  convenient restarea for travelers on the main road from the north to Quantico and Princess Anne.

The springs became a great tourist attraction in the 1840-1890 period; visitors from Philadelphia, Baltimore, Washington, and Richmond came to “take the waters.” In the latter part of the 19th century, enterprising townsmen began bottling the water and shipping it to points up and down the mid-Atlantic coast. In 1893 it finally settled on Mardela (Maryland/Delaware) Springs, after it had been through many names before.

Farms in the area were mostly small and family-run. Even in the mid 1800s, only one in five households owned slaves; a large settlement of free blacks lived nearby. Other businesses came, including shipbuilding, fruit and vegetable canning, and, in 1890, the railroad. But by the mid 1900s, the tourism and commercial bustle had essentially died. The hotel had burned down long ago; the bottled-water company had closed, the trains stopped coming, and most residents found jobs in nearby Salisbury or in Seaford, Delaware. Mardela Springs is known as the pleasant “bedroom” community.

Wow, thanks for sharing a bit of Eastern Shore history!!

John, The entire eastern shore has a lot of colonial history all the way up to our area at the head of the Chesapeake Bay...... very interesting and thanks for sharing.

Thanks Valerie and Keith!

The Eastern Shore has a lot of history. The reason why I have been posting the history of many towns on the Eastern Shore is because I want to learn and share where I come from. Also, many clients want to look in the area and learning the areas and gaining knowledge of each area will help me in my career. 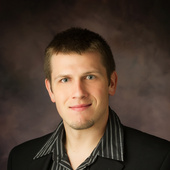