The Greater Vancouver real estate market is holding steady for the holidays. November activity helped put Greater Vancouver housing market activity back into “balanced territory,” according to a press release issued by the Real Estate Board of Greater Vancouver. While the pace of home listings slowed compared to that of recent months, November sales numbers were historically normal for this time of year.

It’s as good a time as any time buy and sell a home in Greater Vancouver  “The pace of home listings entering the market eased slightly in November, compared to recent months, while sale levels remained fairly normal for this time of year,” said Rosario Setticasi, president of the Real Estate Board of Greater Vancouver.

A total of 14,090 properties are currently listed for sale on the Greater Vancouver Multiple Listing Service. While this is nine percent less than in October, it is a 13 percent increase from this same time last year.

While numbers aren’t quite as impressive as this summer, the Greater Vancouver real estate market is on the right track for the holiday season. Now is a great time to buy or sell a home. 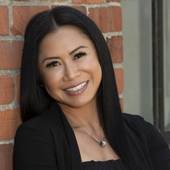