Divorce & Real Estate: If You're Both on the Mortgage Who Gets the House?

I have a friend that is in the process of going through a divorce.  Her husband wants the house.  As far as she's concerned he can have it.  She only wants him to refinance so that the

mortgage in his name only. He cannot qualify for a mortgage right now, so she thinks the house should be sold.  Pretty simple, right?

Apparently it doesn't work that way.  He doesn't want to sell. And my friend's lawyer insists that no judge (in Connecticut at least) will force anyone to sell (and suffer a loss) in the current market. That means she is supposed to leave the house to her husband, yet still be obligated to pay the mortgage if he defaults.

This insanity goes beyond my comprehension.  Here in The Rain I've heard agents speak of situations like this.  I would love to know how other couples, agents, lawyers, etc., are dealing with it.  How do couples resist the temptation to dig in their heels and refuse to leave the house as long as they're both still named on the mortgage? And is either party even obligated to leave?

Do you know of anyone who has been successful working around a situation like this? If so how was it done?  I'm looking forward to lots of feedback!

That is quite a conundrum.  Maybe they should rent the house as so many others have done in hopes that apprecaition might one day return.

This situation has made national news where a divorced couple hold assets like a home for months or years as markets recover so they can sell.  Refinancing shouldn't be an issue unless the husband can't qualify.  Otherwise, she may be stuck with it.

This is a tough one, Karen.  I wish I had some insight- although I know someone in a very similar situation, so I will be watching to see what people come up with.  I have heard of couples with a pending divorce digging their heels in and not leaving the house on the advice of their lawyer because it would be seen as "abandoning the homestead" or some such jargon.  That didn't turn out well at all for those folks!  <sigh> I'm sorry for your friend!

She needs a new divorce attorney.

If there is equity, she's entitled to her half, after a sale.  If he doesn't want to sell, the judge could just order the property listed and sold and will appoint a realtor to do so.

If there's no equity, she's screwed.  There are a lot of folks staying together now because they can't sell.

I just sold a home to a lady to whom I sold a home to she and her former husband 15 years ago.  Lots of equity and his credit was good.  He got the house and she got the equity share and used it to have and adventure with Lenn.

Way to go Lenn.....make lemonade out of lemons!  Everybody seems to hit it right on the head.  If there is equity, get a new lawyer!  If no equity, make 2 masters, and suffer through it!

I first heard of this dilemma two years ago. A husband refinanced the house, then divorce happened, now they both live in the house in lieu of a short sale. Crazy times!

I'm thinking it's not all that uncommon right now, that divorcing or even divorced spouse continue to live under the marital roof, because they can't afford half the mortgage and rent elsewhere.  Your client needs a good lawyer to advise her -- this is beyond the expertise of real estate agents!

Pretty sure there is a bit more to the story, and that equity, ability and willingness have a fair bit of impact on this situation.

However if there is no equity and the only way to get out from under to mortgage is to wait and share the load, it may be the only way forward (with a few stipulations and asset ditribution agreements of course)

Thanks everyone for your replies!  This IS one of those impossible situations.  Yes Peter and Linda this is a lot more to the story.....and Lenn you're right, she is screwed in this deal in more ways than you could possibly imagine.  I'm really not sure how much equity there is in the house, if any.  That's another complicated question in and of itself.

I've learned that when divorced couples live under the same roof it's called "nesting" and apparently judges do not like those types of arrangements at all.....as stupid fights are brought to court over who pays for the toilet paper, etc.

Karen, I just had to read some of these responses.  And, your "nesting thing" - it sounds impossible - couldn't live together married, now living together as room mates  - makes no sense, but we hear and read about it happening  lot.  Here's hoping for a good resolution.

I have a client who has been "nesting" for almost a year.  She's decided to just move out and rent, but has to continue to pay her share of the house expenses even as she pays rent.  It's so unfair.  Her home is on the market, but hasn't sold yet.  I'd recommend that they meet with a divorce mediator instead of attorneys.  Attorneys cost more and less gets accomplished.  It's been 11 years since my divorce, but my husband's missed mortgage payment on our home still affects my credit.  Tell your client to check with the bank on each and every payment to make sure her husband makes them on time.  I wish I had done that.

Karen, I hate it for everyone. Just stopped by to wish you a Merry Christmas!

Karen - to put it bluntly, this situation sucks.  Been there.  Can your friend afford the payments?  When my first husband and I divorced (12 years ago) I could afford the payments and he couldn't.  I told him bluntly that to protect both of our credit, I was taking the house...period.  We negotiated that he would sign it over to me, I would refinance, and then we would split equally whatever profit there was when I sold, based on the appraisal at the time of refinance.   I actually made more out of the deal at the time of sale...the house sold for more than the appraised price at refinance.  I kept the difference.  The actual numbers in my case - loan amount $220,000.  Refi appraisal = $260,000.  (I owed my ex 1/2 of $40,000 = $20,000.)  Sale price 9 months later = $319,000.  Who made out??? I know this is a different market, but your friend not only needs a good attorney, but also a good loan officer...

Oh my gosh. I believe that I would seek a second attorney's opinion, immediately!!

We wish you a Merry Christmas and a Happy New Year!! Joni and The Princess Mama (TPM)!
Like
Peter Pfann @ eXp Realty Pfanntastic Properties in Victoria, Since 1986.
eXp Realty, Victoria BC www.pfanntastic.com - Victoria, BC
Talk To or Text Peter 250-213-9490

I think they should hire another attorney too.  There has to be a way to write some type of legal document to make her NOT liable if he defaults on the loan.  Although I am not sure if any bank will accept that type of agreement. 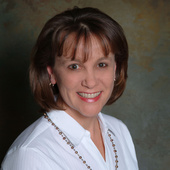