A customer called me.  I've made several loans for him over the years.  He's been a fairly successful guy over the years, but like many, he's fallen on hard times.  He currently doesn't own a home, having short sold a few years ago after nearly suffering a divorce.  He's been a small sub-contractor who used to employ a crew of 20 to 30 employees.

With the slump in the economy, his income was reduced by more than 70% from normal, even farther when you consider where he was at the peaks of the economy.

He's struggling with debt left over from a lifestyle developed at an income that was much higher, and is currently higher than his income.  But, his income is still more than the median income for a two family household in the area.  The crushing level of debt leaves him with little money to pay extra on debt so he can get ahead.  In fact a recent heart attack has added several thousand to his debt level and lead to a couple of collections and a judgment.

His debt load is double his current income.  He can contribute very little to the current economy.  Do you know anyone like this?  I probably have 250 customers in this situation.  These people all created jobs in the past.  They are dynamic, engaged, creative and work hard when they are on their game.  Unfortunateley, some of them are now defeated, maybe never to come back.

In the past, a tool that was used to get people re-engaged in the economy was a Chapter 7 Bankruptcy.  That's the bankruptcy chapter that allows for a person to eliminate debt and start over.  The point of the law was to get that person back in the economy, producing, buying and making the entire economy better for the country.  When this client contacted me for ideas, he had already been to the Bankruptcy attorney.  Guess what.....he doesn't qualify.

So, major corporations can file for bankruptcy, shed thousands of jobs, but a small business person with potential to create jobs can't.  Here's my idea for improving the economy.   Let's go back to the old rules and get my customer back in the game.

I'll second that motion. Going back to the earlier rules would be very helpful in rehabilitating the person described in your post and many others.

Hi Brett - there are so many who have fallen on hard times as a result of the economy. I hope your friend/client is able to obtain the assistance he needs. 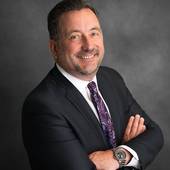