Last night was the last evening of our College Station, Texas Citizens’ Police Academy. It is essentially an extended tour (ten Tuesday nights) of the Police Department.  Different officers form the presentation team, with a first and second session each evening.  It was a very interesting experience. Our graduation will be next Tuesday evening in College Station.

Peace officers, as a group, have fascinated me for a long time.  Most of them are great assets to our communities. They are men and women under authority. Looking at the uniformed Sargent M. and his casually dressed, gun and badge toting associate, Officer K., last night at the Academy, I realized how much trust has been placed upon their –and many other–capable shoulders.  After all, who else is authorized to carry a holstered gun?  In an earlier session, we were told that their uniformed presence, plus verbal commands is sufficient to handle 95% of their calls.

I do not know about you, but I feel safer in Kyle Field watching the Aggies play, knowing there are uniformed officers on alert, standing in the stadium.  At one game this year (they WON, by the way! Whoop!), I saw officers from five jurisdictions present.  Officers from Bryan PD, College Station PD, Brazos County Sheriff’s Department, Texas A&M University Police, and Texas Highway Department made up the team.

Even this morning, driving through a residential neighborhood, I saw a College Station PD Car and officer, probably on patrol.  There are three homes for sale on the corners of one intersection.  Those College Station home sellers can rest more easily day and night knowing our Police Department is professionally trained, experienced, and is working day and night to ensure the safety of their homes on the market.  The Lord gives safety and He uses local authorities to keep the peace.

My night patrol ride along was extremely fascinating and a lot of fun.  I joined Lieutenant L. about 10:40 p.m. in early October.  He took me on patrol until he was assigned to transport prisoners from the CSPD to the Brazos County Sheriff’s  Department.  When we went back to the break room, officers were taking a break.  One was eating what might be called “supper” at five a.m., after having been on duty since 10:00 p.m.  I never knew that BBQ could smell so good that early in the morning, but after having been up all night, I was ready to join her...

hhhmmm, was your "ride-along"in the front seat or back seat with braclets? Just thought I would ask.

Sean:  Pretty funny!  The bracelets were either on the Lt.'s belt or on the wrists of the "passengers" in the back seat.  The folks who rode along with us in the back seat were ones who had found the bottle in the wee hours of the morning...

Trey:  Yes, it has been informative. To answer the question of the moment, I was told to sit in the front.  Never asked to try out the back seat.    By the way, citizens are allowed to go along on Patrol once every six months.

Nathan, That is wonderful that you went to the Citizens Police Academy.  The patrol officers love to have citizens go with them.  Yes we are very fortunate to have all the law enforcement officers we have. They protect our community so well.   I especially feel very safe....my personal sheriff's deputy (my husband) sleeps, eats, and watches TV at my house.....I KNOW my home is safe.

What a blessing to see our heroes in action!  We do not give enough credit and acknowledgement to our heroes in blue!   Thanks so much for taking the time to share your awesome experience with us! 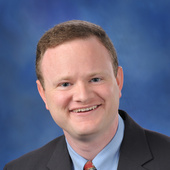