Anybody who knows Hitchens by either reading one of his books or listening to any of his interviews or debates, can immediatly sense this mans depth and intellect, if you agreed with his views or not.

The first book I read by him was the shocking exposure of the truth of mother Teresa: "The missionary position".

Nobody would dare to do the unthinkable and criticise a so-called saint but he had the courage. Most people still think she was a noble person, and she might have started out that way, but the truth is, that everything you might think about her is not true.

His book has infuriated me so much that I started doing my own research and everything he claimed was confirmed. There are so many examples that I don't even know where to begin. One of them is that she never used the very generous donations she received from all over the world for the poor but to spread her cult of misery and suffering to all continents in this world. I recommend everybody to read it and get enlightened.

He is loved and revered by truth seekers who are for progress and freedom from the shackles of religion and hated by fundamentaly religous people. His debating skill are amazing and his way with words, in a british accent and sense of humor are unique.

I knew about his deadly diagnosis of esphagus cancer and when I heard he is coming to Texas to get an award from Richard Dawkins at the Texas Freethought Convention back in October, I knew this would be my last chance to meet him in person so I took the opportunity. I am glad I did and I am deeply saddened that he is gone forever. Groups:
Almost Anything Goes
The Lounge at Active Rain
"Whacked"!!!

Tags:
christopher hitchens dies at the age of 62

I was a fan of Hitchens but also a detractor. Incredible intellect and brilliant but often as disturbing uneven as many of his targets!

This is probably the most interesting post I've read at AR in a long time! 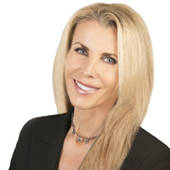