18 hole course at Brengle Terrace Park to be installed by San Diego Disc golf club. Brengle Terrace Park received approval from the Vista City Council on a vote of 4-1 last Tuesday. Ryan Meyer, president of the San Diego Aces, said in October that the group would pay the $15,000 to $20,000 to install the course and perform maintenance on it once it's in the ground. The elevation changes in the park makes it perfect for the sport. It's kind of hilly and most of the area isn't being used right now by the park users. It is perfect for the disc golf. Member of the public will be able to use the course for free, but the association will host tournaments at the park a few times each year.

The disc golf player stand on a tee box and toss a disc similar to a Frisbee into a mental basket, the equivalent of a "hole" in the traditional golf. A disc golf course typical has 18 holes that vary in length and players use a number of different disc that serve as drivers, irons and putter. Completion of the course is schedule for sometime in 2012. 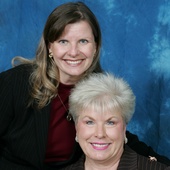