Like:
Home > Blogs > Michael Seidman > Seidman Sells
Good Morning ActiveRain,
Welcome to my first official blog posting.
New Orleans is a funny place, we're very much on the cutting edge of plenty of noteworthy subjects.  A few to consider as examples could be: "Ignorant Folks/Racists"                   "Technology Experts"                 "Political Corruption"
Now of course everyone has their issues and again, nobody is perfect.  But as I'm growing older I sense an increasingly large schism between those who would like to join the 21st century where accountability and progress are some of the main goals, and those who truly don't care.
As everyone is entitled to their opinion assuming it doesn't infringe on the civil rights of another, I will maintain defending their right to say whatever they want to say and do whatever they want to do while of course disagreeing with the decision itself.
A little more perspective:
If you went to Commander's Place between August of 2007 and February of 2011, there is a decent chance that I was there to say "Good morning/afternoon/evening" as you were passing me on the way in, and "Thanks, have a great night" or "Thanks Ya'll, come on back now" as you were leaving.  Now if you were the guest of a banquet at Commander's in that time, there's a definitive possibility that I was amongst the individuals taking care of your party ensuring the smooth nature of all things service related.
Now with that said, in my 3 years and 8 months as a Front Waiter at the world renown Commander's Palace I lost track of how many times I would hear some charming couple from the northeast gush at me about how they felt warm and genuinely cared for during their stay in our fair city.
"It's not just the service people" They would tell me.  "We're fascinated by how many people have made eye contact and just said hello on the street with a smile on their face."
New Orleans Business Named Most Improved
As you'll be able to see in the above linked article from the Wall Street Journal's Market Watch, it's not all just fantasy based optimism, we now have even more proof that New Orleans is bouncing back in a way that perhaps was unexpected to some...
Just not us.
Have a great week everyone!
~Michael
LIKE
Re-Blog
close

Hi Michael, Welcome to Active Rain. You'll be glad you joined this site. There are many benefits to being a Rain Maker.

Michael, Welcome to the Rain! SInce I've joined this illustrious group, I have been given invaluable support, tips and tricks to grow in my career and here in the Rain. Rain is a good thing.

An impressive first post, congratulations!  You've got thought-provoking content, pictures, links and even an embedded map!   I look forward to hearing more about New Orleans, that most tragic and romantic city.

Thanks for the warm welcome Roy and Jon, I do appreciate it.

Thanks for that compliment Dianne, that's great to hear that I'm on the right track after all!

Plenty more updates in the future, ya'll have a great day.

Glad you posted to say HELLO!  Look forward to seeing you more often in the RAIN.

If you need an answer about something on AR, try the SEARCH tab and put your topic in the SEARCH BOX that comes up. Usually LOTS of answers there.

Take classes at ARUniversity. They offer a wide range of topics. The tab is right next to search.  Participate in a BLOG CHALLENGE. Hopefully there will be one in January 2012.

Feel free to call if I may help you in any way.  If I can't answer your question, I will try to get you to someone who can! 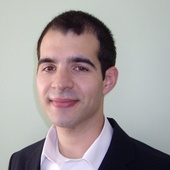