If you plan to buy or sell a Prince William County home or property contact Karen and Art by Email or call us at 703-499-9279. Put our record of customer service, real estate experience and state-of-the-art technology to work for you in Alexandria, Arlington County, Fairfax County, Prince William County, Stafford County or the entire Northern Virginia Karen, Thanks for the history lesson and the lovely picture. I will check out the link.

Gita  You are most welcome

Karen, I love it when you write posts like this!  I am a history buff, and just love getting the background on places, especially those with historic ties!  I am so glad that after the Civil War, they rebuilt the church using it's existing walls rather than tear them down and building a new one!

Roy  It is also true in MD

Karen, what a lovely church. It's interesting the information that's coming out that includes things about the Civil War. They're planning a lot of events in 2014 for the 150 year anniversary here. 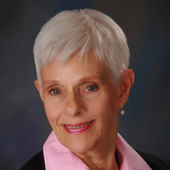