WHAT HAPPENED TO THE COLORADO REAL ESTATE MARKET?

What is the short answer to what has happened to the Colorado real estate market? The answer is pretty simple; take it from a Realtor who is in the trenches every day, NOT from the media or least of all our government (past or present cabinets). On to the answer: Traditionally, the government has pretty much stayed out of the residential market and allowed the ebb and flow of the free and unfettered market place to dictate the value of homes. Sometimes edging up and sometimes edging down but never too far in either direction. In the late 1990’s, under the Clinton administration (don’t worry, I’ll get to the Republicans in a minute) a strange thing happened.  The White House, our White House,sent an order down through the HUD chairman (that is the housing division of the federal government) that stated, in no uncertain terms, that the white house and specifically then President Clinton, wanted more homes purchased by lower income buyers (whether they could afford it was beside the point).  Their intent was to get lower income people who previously could not qualify, into homes and help them take advantage of rising home values.  Not a bad idea on the surface. The problems however, started when they took it too far.  About that time I was in a meeting at a well known national real estate brokerage office here in Colorado Springs (it shall remain nameless) when two gentlemen in dark suits and ties addressed the agents in the room. There were about 30 of us along with the managing broker for the firm. There were no pleasantries, no cordial hellos, just a couple of very short and very much to the point statements. The federal government, that would be our federalgovernment, expected the Realtors in that room to begin showing property to lower income buyers that in the past would not have received our time or efforts (just being honest). They had not been receiving our time because as soon as we saw their financial condition we knew, as experts, that they would not qualify for a loan. They said “those days were gone and these people were now going to qualify” and the appraisers and lenders were being notified of the changes as well.  It also meant more closings and so most of the agents in the room were on board.  Some of us saw the writing on the wall and realized that it would not last. People were essentially being steered into buying homes that they could not afford to keep if there was any sort of downturn in the economy.  When President Bush was elected he continued the policy (you can breathe now Democrats).  Appraisals suddenly went up, lending values went up and home ownership went up – just Clinton and Bush had planned. People starting looking at their homes as though they were a never ending supply of cash and all they had to do was borrow on it, they were giant credit cards with a front porch – oh yeah and tax free to boot.  I personally know of several transactions where appraisers; experienced, long term, licensed by the state of Colorado, good guy appraisers (and there’s a lot of them), asked this question: “What value do you need?”, and that was it.  Appraisal values shot up, people borrowed money based on the inflated appraisal and the road to collapse was open. We now had a whole segment of home owners who had borrowed to the hilt based on bad appraisals that were done by appraisers and lenders being pressured by black suits from the government, that’s our government. Those loans were now bundled as investment opportunities and sold to investors. Traditionally, when you buy a home and fail to make the payments you lose the home, your credit, your right to buy another home, your right to borrow any more money….etc etc.  There were now, at theinsistence of our federal government, millions of home owners sitting on the razor’s edge of foreclosure because of mis-education and a serious lack of financial knowledge. But additionally by bad policy mandated by the White House, through HUD, the lending agencies and the appraisers.  What about Realtors though?! To be sure, Realtors played their part as well.  Those of us that spoke out against it were loudly shouted down with statements that the government was making this happen and who were we to fight the government? Especially if it involved a flurry of new business. Well, suddenly we had Enron, bank failures  and even sovereign countries collapsing. Sophisticated investors realized that the rich return on their MBS’s were not going to last and they began to bail, all at the same time. Our government recognized that a housing collapse could pull the entire economy down (which it did)so they felt it was their obligation to set up some seriously flawed HUD rules that would allow people who bought homes they couldn’t afford, to stay in them in the hopes that the market would return. It didn’t. Homeowners didn’t pay their mortgages, investors took off with what was left of their money and, thanks to the government, the tax payers are paying the tab.

So where are we now?  We have struggled for several years now (5 to be exact). Millions of legitimate home owners have watched their home value plummet through no fault of their own. The government broke up the free and unfettered market place in an attempt to gain votes for the Democrats and when the Republicans took over in 2000 they continued the practice. Banks and lending institutions have now become so paranoid about home values that they are sitting on almost 5 trillion (with a T) dollars and collecting only a small amount of interest.

So how how do we fix the Colorado Real Estate Market?

Believe it or not, it is ALL in the hands of the appraisers.  Appraising is like any other industry, there are good ones and there are bad ones. We have dealt with both. Recently we had a contract that required an appraiser to show a value on a home of $700,000. It was located in a very high end area of Denver and there were few comparables to show value. Because of government intervention, the lender had to hire an appraiser from a “pool” of appraisers. The guy they got had no idea what he was doing nor was even familiar with the area the property was in.  He pulled comparables from all over Denver…none of which was anything like the property in question, naturally the contract collapsed. Why?  Because the appraiser needed about 5 or 6 days to do an adequate and professional job and he did the whole thing in 2 HOURS.  He valued the property at 40% less than any of the 3 appraisals in the building that had occurred over the previous year. The contract collapsed, the lender didn’t get a loan, the buyers didn’t get a home and the seller didn’t get a sale. The appraiser: he got paid $600 for lousy work and it is neither negotiable, nor open to complaint. Appraisers have been ordered by lending institutions to under value property so as to avoid the lenders making a loan that they will have to eat if the homeowner fails.  Remember, it used to be up to the home buyer to pay their bad debts. Not anymore, now If they fail then the lender and the tax payers eat it.

Recently, the National Homebuilder’s Association conducted a survey of their members and found that fully 35% of their new home appraisals came in below the cost of the construction. Why would appraisers do this unless they were being pressured? Naturally, that meant that 35% of the contracts that were signed by the buyer to have the home built…failed.  Those of us in residential real estate have the same problem….33% of our contracts fail because of low appraisals.

The answer is really quite simple. In the early 2000’s appraisers were pressured to push the values higher and higher, now the same people are pressuring them to hold values back! The pendulum needs to center up. That won’t happen until appraisers begin to work their comparables fully without being pressured by outside (or inside depending on how you look at it)forces. As Realtors we have rules, ethics, laws about disclosure and a myriad of other endeavors that surround a home purchase or sale. Builders and lenders are buried in regulation as well. Everyone needs to be held accountable for their work, including appraisers. We, the real estate transaction community, need and deserve the right to a quick and equitable rebuttal to appraisers who fail at their responsibility to provide their clients with an accurate and timely appraisal. They are supposed to be working for the sellers to help them set the appropriate listing price. They are supposed to help the lender and the buyer by showing correct and accurate value.  They are supposed to validate the buyer’s agent value and the seller’s agent price.  All are important and necessary objectives and responsibilities of the professional appraiser.  Our job is to service the public at large in a free and market place without interference or government intervention and pressure.  We can get back to where we were but not without the group that has its way with the industry – the appraisers. The housing market cannot recover without proper appraisals, and proper appraisals cannot be made unless lenders don’t pressure them to undervalue, and lenders cannot pressure appraisers to undervalue unless our government leaves the lenders alone!

So there you have it – that’s what happened to the Colorado Real Estate Market………oh yeah, and the rest of the country too.

Travis - This was a good analysis, although it left out the greed of lenders and securitization of loans.  Many transactions in our area are falling apart due to low appraisals.  How can prices rise if appraisers continue to "bracket" the subject property (where they use a higher and lower comparable)? 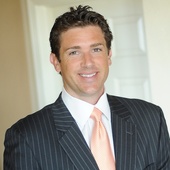