WHAT: Fourth in a series of well-attended city rallies in rented halls creating massive public awareness about the problems and solutions for homeless and American Veterans. A sequel to OPERATION UNITED REVEILLE I, II and III which generated media blitzes in 36 cities, spotlighting local veterans' programs, drawing Members of Congress and featuring color guards that opened every rally.

WHY: Approximately 300,000 men and women who served in American uniform are on our streets on any given night, including about 3,000 troops who served in Iraq and Afghanistan. The Veterans' Administration funds only about 12,000 beds for homeless veterans. About one-third of the returning troops have Post Traumatic Stress Disorder (PTSD), but only about one-half of VA medical centers treat for PTSD, and of those offering treatment, that were surveyed by the Government Accountability Office (GAO), seven out of eight are unprepared to handle the caseload.

HOW: The Circle of Friends has become one of the foremost veterans' advocacy organizations in American by reaching over 50 million people through media coverage all over America. Molding public opinion helps shape public policy by "putting the heat on politicians, so they see the light." As in 2004, candidates for federal office all over the nation will be challenged to endorse a "Veterans Bill of Rights." Transitional facilities report greater public contributions, volunteers and referrals after being featured during TV newscasts and their programs receive positive coverage in the newspapers.

WHEN: The advance work for the tour will be conducted in September and October of 2007. Following the successful pattern of OUR II, rallies will birddog the Presidential candidates and campaigns around the early primary and caucus states in January, February 2008.

WHERE: Rallies will be conducted shortly before primaries and caucuses in Cedar Rapids and Des Moines, Iowa, Las Vegas, Nevada, Manchester, New Hampshire, Columbia and Charleston South Carolina and other "Big 10" states.

WHO: Sponsored by Circle of Friends for American Veterans, Center for American Homeless Veterans and VETERANS' VISION Publication. Every rally will be opened by a color guard presenting the colors. Veterans' transitional facilities will be invited to be highlighted for every rally. While no endorsements will be made, every major Presidential campaign will be invited to have their candidate or a representative speak and say what they promise to do for American Veterans. 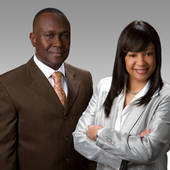