Often-times, agents write blog posts that point out the problems with other agents they deal with in their transactions.  Trust me, I've written my fair-share of these posts.  Once in a blue moon, we actually write about a positive experience we've had with one our so-called "competitors".  Today, I'd like to share a very positive experience we recently had with one of our "competitors".  Before you stop reading, this post actually has a very happy ending...

One of my buyer's agents, Gary Bielek, presented me with a problem the other day.  He had been working on a short sale deal that was now in it's 4th or 5th month (I can't remember, they all run together), and we were now less than 24 hours before the home faced the "death penalty" (i.e. foreclosure auction).  This wasn't your usual "cry for desperation".  In this case, all documents were at title and signed by all parties, but our client's lender needed 24-48 hours to wire the funds.  Needless to say, time was of the essence.

Gary had received several emails from the listing agent (Dustin Holindrake, also an AR Member), explaining that he had tried everything, and could not get the lender to extend the closing date in order to allow the short sale to go through.  This poor guy had worked his butt off for his client, and had run out of options.  He was faced with a servicer that was done trying, despite all of his efforts. As expected, Gary came to me and asked if there were any other options.  His buyer was heart-broken, as were the sellers and their agent.  I immediately asked Gary to contact the listing agent (Dustin Holindrake), and ask if I couid get involved.  I explained to him that if I were to be able to help, I would need the account number for the borrower, and I seriously doubted that a "competing agent" would divulge this information (you know, agents and their egos), despite the fact that we were less than 24 hours away from foreclosure, which would result in not only lost commissions on both sides of the deal, but also (and more importantly) we would both have some very disappointed clients. Let's face it, most agents would let their ego get in the way, and would rather lose the deal rather than allow someone to help them.

To make a long story short, Gary called Dustin, and he willingly accepted our offer to help.  I made a few calls, sent a few emails, and fourteen hours later, the deal closed.  Dustin's client was happy, as were ours.  Both Gary & Dustin received their respective commissions, and everyone was happy.  But wait, this is the best part of the story.....

You see, Dustin had indicated in the MLS listing that he was willing to pay 2.5% of the commission to the buyer's broker.  As a Phoenix short sale listing agent, I'm fine with this.  I willingly guarantee 2.5% to all buyers agents, as I realize that the majority of the work in a short sale resides with the listing end of the deal.  And, in some cases, lenders cut the commission back to 5%, and I'm comfortable with guaranteeing the 2.5% that I represent in the MLS listing, regardless of what the lender agrees to give.  Now, here's the best part, and the reason I wrote this post...

The day after the listing closed, we received a separate check in the mail for the same deal.  Dustin asked his brokerage to pay the extra .5% to our company, and told Gary that "If it wasn't for you guys, we would have never gotten this deal closed.  You deserve it".  So, at the end of the day, both brokerages were paid a 3% commission.  What a great gesture!

So, to sum up...I'm writing this post to tell all prospective clients of Dustin Holindrake that this guy actually does care about his clients, and is looking out for their best interests.  If I had 100 Dustin Holindrake's  working for my company, I'd be a very happy Broker!  This guy obviously understands the meaning of "Good Kharma", and I'd gladly recommend him to anyone he runs across in our business.  This coming from a "competitor", of course.

Great job Dustin, and keep watching out for your client's best interests!

Hi Bob, its nice to hear a successful story about realtors for a change....Have a Happy Holiday...

Thanks for stopping by Ron.  I couldn't agree with you more.  If we'd all just let our guards down sometimes, things might actually work out for all.  Drop the egos, and let's do what's best for our clients.  Dustin did just that in this transaction, and look what happened!

Bob, when you work with an associate that goes this distance because of the work done well on a short sale transaction it is phenomenal...it is about the clients for sure.  Best to you & your family for the holidays.

Bob, what a great story and it speak volumes about that person and your expert advice. .Merry Christmas!

Agreed Ginny, and thanks for stopping by.  Happy Holidays to you and yours as well!

Thanks Fernando, this guy deserves the accolades.  Merry Christmas to you as well!

I just wanted to leave a note saying Merry Christmas to you. Yours is one of the Blogs that I follow.

I really hope you have a Merry Christmas with your family and Blessings in the New Year.

Thanks Gene!  I hope you guys had a Merry Christmas as well, and Happy New Year to you and yours!

What a great success story. You both have very happy and relieved clients. It is so great to see agents working together for the best interests of their buyers and sellers. An honest agent is such a pleasure to work with towards a mutually beneficial goal. Thanks for sharing.

I have photographed properties for both Dustin and Bob, and they're work and attention to their client's needs is very impressive. Two great agents and even better guys! Happy New Year!c

Bob, great post, it's always nice to read something positive. Keep up the good work as a top Phoenix short sale agent! 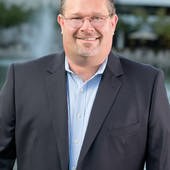