Our Christmas Moment with Bob Hope. Many years ago, we lived in the Lake Tahoe area for a few years. Having been originally from Southern California, the chance to live in Lake Tahoe and experience snow for Christmas certainly was a real treat.

The first winter we were there, my husband invited a friend to come and spend the Christmas Holiday with us. Chris was in the Navy and stationed in California at that time. He was from Boston and it was long way and financially out of reach for him to go home for Christmas that year. We were more than happy he came to stay.

Chris was also Catholic and expressed a desire to attend Services at the Catholic Church in South Lake Tahoe. My husband and I had never been to a Catholic Service of any kind and looked forward to going. I remember being a bit confused with all the kneeling and the Latin. I so did not want to do anything wrong, but Chris was great helping us to know when to do things. The setting, with all the candles and the warm tones of the wood in this beautiful building, made a powerful and beautiful impression. I still have vivid and warm memories of the hour we spent in that service.

The church was packed and we were located toward the front and off to the side.  When the service was completed, it took a long time for the crowds to begin to clear and allow us to slowly head toward the front door. As we began to get a better view of the alter we noticed Bob Hope and his lovely wife standing there speaking to the Priest and greeting some of the parishioners. My daughter, who was six at the time, and I walked right by and said hello. Mr. Hope bent down and greeted our daughter. He asked her name and wished her a Merry Christmas.

Now, it was not so much of a surprise to see a celebrity in Lake Tahoe, we were aware of many who owned homes in the area and occasionally heard heard tales of who might be in town. It just such a surprise to see such a "big" celebrity that close and personal. On the outside I was calm, cool and collected, but on the inside I was very excited. ( I mean Bob Hope - he was a giant of entertainment in his day.  And if there was ever a celebrity that represented Christmas - it was this man.)

The exchange only lasted a minute and then we continued on with the exiting crowd. At the final doorway one of the Priests dressed up in a plain brown robe. Very subdued and nothing like the more formal wear of the Priest who did the service. This man greeted our daughter, wished us Merry Christmas and we walked out into the clear and brisk day toward our car. I was so exited about Bob Hope, that I had to ask my daughter did she know who that man was that we met? I was going to explain the idea of Movie Star, but out of the mouths of babes.... "That was Joseph wasn't it?

That Christmas Weekend went down in the books as one of our most memorable.  Not just because of Bob Hope, but the Lake Tahoe locale, in sharing our Holiday with a friend, the experience of sharing a different faith and the innocence of child discovering the world.

Wishing you a Wonderful Christmas Holiday!

Cathy, What a beautiful story!  Since I grew up at Lake Tahoe (Zephyr Cove), your story really touched me.  Were you at St. Theresa's? Merry Christmas!

To my ActiveRain friend,
I wish you all things bright and beautiful
at this holiday time and throughout the year.

Cathy - I just wanted to stop by and wish you and your family a very Merry Christmas and a Happy New Year!

Wende:  I believe it was.  And what a beautiful Church it is!    Isn't it amazing how the snow just "quiets" everything in town.  I had never realized that effect about snow until my Tahoe years.  Still a magical place.

Leslie:  To you and yours - just the safest, fullfilling and loving Holiday!

Myrl:  To you as well.  We are due for get-together.  When Elizabeth gets back - let's schedule a date.  Merry Christmas Myrl!

Cathy, Christmas is my favorite time of year. It sounds like this experience has left you many fond memories. 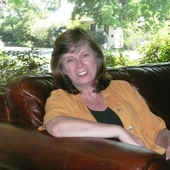