Ok, so I am going to be extending my lock recommendation from anything within 60 days to anything with a 90 day period; lock those loans.  Here is why:

The bond market this morning opened slightly higher at +9/32 while Ben Bernanke didn't help the stock market out with his testimony to Congress' economic committee.  The Dow is currently down by 85 points, and the Nasdaq is down by 82 points.  That being said, mortgage pricing has slightly improved this morning from yesterday's.

Unemployment claims were less than anticipated (325,000 expected, 317,000 filed).  Even though this is good news for all of us in the working fields, this is not really relevant information in mortgage pricing.

As mentioned in the beginning of this post, Ben Bernanke spoke in front of Congress' Joint Economic Committee this morning, and once again reinstilled the lack of confidence in credit.  I cannot give all the credit do Ben Bernanke for this, though, as Senator Charles Schumer from New York stated that the "Four Horsemen" of economic crisis were before us and ready to attack with a recession (defined as two quarters with a decreasing GDP).  The "Four Horsemen" as Schumer referred to them are: housing prices, price of oil, credit confidence, and the weakness of the U.S. dollar.

Let's put it this way:  The Federal Reserve can go ahead and instill a renewal of spirit in the housing industry by cutting interest rates significantly.  However, because of high concerns of inflation, and the current weakness of the dollar, they are very very limited in their "wiggle room".

Tomorrow, we have the final two economic reports of the week being released in the morning.  But, as I said before, if you haven't locked your loans yet, please do so.  This is only my personal opinion based on the facts and information mentioned above.

Floating is always a gamble, and I'm not much of a gambler.

Thank you for such and informative update.

Like
Andrew Scherer
Approved Mortgage Group - Doylestown, PA
Real Estate Representation At It's Finest
I am definitely not floating today with everything going on; but, as always, to each their own...good luck Lewis with the float!!!
Like
Lewis Poretz
Apex Home Loans - Annapolis, MD
Business Development Manager

bond has been down 5 ticks today......   i say rates will be at least where they are today tomorrow...   stcoks are tanking   the Fed spoke and hinted at rate cuts.....

Definitely good info; check out this link as well:

I love this part of cnn money! 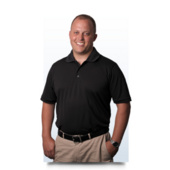