It is nearing the New Year and it's time to write in "Make Plans for a Honolulu Home 2012 Oahu", whether it be a small studio or an ocean front estate, the choices are up to you.

The City and County of Honolulu is the entire island of Oahu.  Oahu is divided into 9 tax zones.  They are shown in this graphic below. Within those zones are sections and the sections are neighborhoods, such as Aiea, Hawaii Kai, Kahala, Aina Haina, Kulioulu, Kailua Kaneohe Downtown Honolulu, Pearl City, Waikele, Kapolei, on and on. Islandwide, we do not have ghettos or slums; however, due to their financial hardships, we do have our share of homeless scattered wherever they can find shelter. Although data is not definite, it appears that about one percent of our permanent population of one million are without homes as reflected in housing data. On top of this, we get approximately six million visitors per year.

The main city, as far as population goes, is Honolulu.  The second city in population density is the Aiea Pearl City corridor.  This area is near Pearl Harbor and Hickam Air Force Base.  The newer third city district is Kapolei.  Although there are new developments, island wide, this is the main concentration of new home subdivisions. Are YOU ready to Make Plans for a Honolulu Home 2012 Oahu?  If not then it's time to buy that dream property here in 2012!  Whether you're a first time or seasoned investor, buying your family residence, ocean front, beach front, water front, mountain view, a business property, warehouse, vacant land to buy your custom home, a townhouse, low rise or high rise condo; whether it be basic or luxury.  Bruce Hicks of Best Homes Hawaii can help you to fulfill those aspirations.  We can help you fulfill your goals.  Begin your 2012 by establishing contact with Bruce today.

Honolulu sounds very inviting right about nw as its in the 20s in NH.

Rene, we had a partly cloudy windy day for Christmas, but we had an outside barbeque with about 30 of us having a joyful day.  Did it snow there yet?

Are there any plans to find housing for the homeless?  Just wondering.  Our winters are brutal usually, and I understand your weather is better by far, but someone might be able to make a dollar or two with some subsidized housing of some kind....just curious. 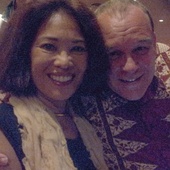