Jay Shafer first started building these tiny little houses because he wanted to have less impact on the environment, and to "do away with unwanted space." Little did he know, his Tumbleweed Tiny House Company would start a national trend toward these smaller houses. Most of Jay Schafer's homes include a mere 89 square feet of living space - with enough room to squeeze in a kitchen, bathroom, and living room. A small loft area above all of this is where the bedroom fits, and makes the most of the square footage.

Most people think that Tumbleweed and other small house companies are just trying to represent an extreme far end of the housing spectrum, only gearing towards environmentalists who are trying to lessen their carbon footprints.

Yet that really is not the case, the small house movement has shifted Americans' housing needs to be smaller, easier-to-maintain, cheaper to build, and less energy consumption.

So my question to you is, Would you live in a tiny house? What's the smallest amount of square footage you would need to get by comfortably?

Show All Comments
Pacita Dimacali
Alain Pinel - Oakland, CA
Alameda/Contra Costa Counties CA
These little homes were proposed for the Katrina survivors. I don't know if the suggestions were followed, though. But these homes illustrate how much can be done through efficient design, and how much people can do with much less. And the carbon footprint --- another plus. Maybe Al Gore should promote this type of housing. See Al Gore's Carbon Footprint Is Big http://www.businessweek.com/innovate/NussbaumOnDesign/archives/2007/02/gores_carbon_fo.html
Like
Curtis Van Carter
Better Homes & Gardens Wine Country Group - Yountville, CA
Your Napa Valley Broker Extraordinaire

The smallest I lived was a studio in San Francisco. I would estimate 400 - 500 sf and it worked for me then. Of course I was much younger and didn't have quite all the junk I have accumulated through the years. Am looking to downsize now and would do just fine in a 800 condo that is in the complex I live in in Yountville. cheers in 2012 cvc 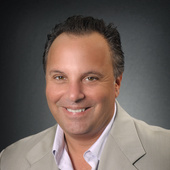