Take advantage of the annual report by the National Association of Realtors profiling homebuyers and sellers. The findings reveal some interesting information about how and where to spend money when it comes to advertising real estate.

The NAR survey has been going on for about ten years, and has proven useful over the last decade for being able to predict trends. For instance, it should come as no surprise that one of the most effective tools for marketing homes is the Internet. That trend will likely continue to grow stronger as the years go by.

Interestingly, even though consumers are using the Internet more, they've also continued to use agents to help them with the purchasing process. Some 77 percent of homebuyers said they used the Internet in their search for a new home, yet 90 percent of them also used the help of a real estate agent.

The study discovered that advertising properties on local television may not be the best use of advertising dollars when it comes to marketing properties. Although some 25 percent of homebuyers surveyed said they did sometimes use television as a source of leads, less than one percent of them said they had first learned about the home they eventually purchased by seeing it on TV.

The survey also found that traditional methods of marketing, such as newspaper ads, open houses, and a simple sign in the yard are still effective means of reaching potential buyers. It seems as if people still enjoy driving around and looking for signs in the neighborhoods that interest them. In fact, some 15 percent of buyers said that a yard sign was a significant source of information for the home they purchased.

Open houses didn't fare quite as well. Although nearly half of the homebuyers surveyed said open houses were useful sources of information, less than one percent said they had bought their home because of an open house.

In fact, among homebuyers surveyed, the number one source of information about the home they eventually bought was still their real estate agent. That's good news for the Multiple Listing Service, because it means that their information is still being used heavily by agents in finding potential homes for their clients. However, savvy listing agents also make sure their homes are featured on the Internet to give them an even wider exposure.

This was a great article from Jean Fisher- www.jeanettefisher.com 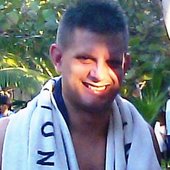