The same day that lawmakers deluged the GSEs and their regulator with criticism, Fannie Mae and Freddie Mac finally released guidelines Tuesday for lenders and servicers about modifications to the Home Affordable Refinance Program (HARP). The Obama administration ended weeks of speculation when it announced the modifications – specific to HARP 2.0, as dubbed by the media – in October.

Changes for the program included an end to the 125-percent loan-to-value ratio cap for refinancing homeowners, the elimination of risk-based fees for short-term borrowers, and an extension for HARP until December 2013.

New guidelines effectively took lenders and servicers off the hook by nixing their legal culpability for problems with original loans once homeowners refinance with the GSEs.

Freddie Mac more specifically offered freedom from liability to lenders whose borrowers refinance their loans with LTVs above 80 percent.

The changes also preclude any liability for lenders whose refinancing borrowers maintain properties below their value or at risk for any poor conditions, pending new appraisals.

More than 800,000 homeowners have refinanced their government-backed mortgages through HARP since the program opened its doors in early 2009.

Industry reactions have largely been favorable to the HARP changes announced by the Federal Housing Finance Agency some weeks ago.

In October the nation’s four largest lenders – including Bank of America, Citigroup, JPMorgan Chase, and Wells Fargo – all signed on to participate in HARP 2.0.

The Mortgage Bankers Association (MBA) welcomed modifications to the program in a related October statement.

“The mortgage industry welcomes these changes designed to help more underwater borrowers who are current on their mortgages refinance at today’s historically low interest rates,” David Stevens, MBA’s president and CEO, said in a statement. “Not only will these changes allow more borrowers to qualify, but they will streamline the process and reduce the cost to borrowers and should lessen risk for Fannie Mae and Freddie Mac.

“These changes alone should encourage lenders to more actively participate in HARP,”  If you have any questions regarding this program or any other programs please feel free to call my office at 909-952-2882. 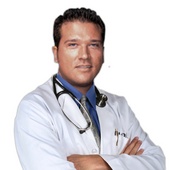 ActiveRain Community over 9 years ago
bookmark_borderbookmark
Beware of On-Line Mortgage Rates that are bait and...
View more Recent Posts   arrow_forwards