Michel Hazanavicius's warmly nostalgic film The Artist, about the waning career of a silent film idol, Gerge Valentin, in the Hollywood of the 1920s, is enough to want you to put on a ball gown or tux and your best dancing shoes. It is the season's  must see. It's been called as innovative as Avatar, but in the opposite direction.

It, too, is in black and white with a sumptuous orchestral score, twisting and turning between amusing site gags and touching scenes of pure acting brilliance- not with dialogue but with face and gesutre. Two American star, James Cromwell as Valentin's chaffeur and John Goodman as the glowering movie tycoon, alongside the devilishly handsome Valentin's career hits the skids when the "talkies" take hold. Dujardin melts hearts easily blending  the charisma of Maurice Chevalier and  Gene Kelley, and his character also wins the hear of former co-star Peppy Miller (Bérénice Bejo) . She takes  "talkies" to new heights and her star soars while his  pride take Valentin down. Hers best efforts to get him to move forward, backfire, but then, ah... I won't spoil it! You must see and cheer for yourself.   jroosevelt@kw.com

OK. And what do you think of the Girl with the Dragon Tattoo?

Erv, can't wait to see it, having seen the original Swedish version. Have you seen it?

Yes. I liked it. May offend some. Kept my interest. Not for the faint of heart.

Janice    This movie has taken Hollywood by storm.. it has won several Golden Globe awards   ..I have heard nothing but rave reviews 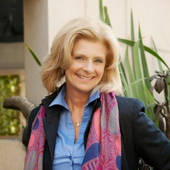