As 2011 comes to a close many look to make resolutions and set goals for the new year. Sadly, many of them will not make it past the 3rd week of January.

What many fail to do is "emotionalize" their goals. I was one of them that never tied my goals to an emotion. If I failed to make goal deadline. I just marked it up to bad luck, or I did not feel like doing it anymore.

A week or so ago, I skyped in with Leanna Hoagland-Smith, a business coach and new in 2012, an international speaker. I recently took her skills assessment and while we were talking, I thought she would be a excellant guest n the #DaveCast. She and I spoke for nearly an hour and I will admit that I tend to jump around a lot. You will learn how to set goals in 2012.

What is the "WAY SMART" way to set goals?

W - Written Down, a goal not written down is a mere wish.

A - Aligned with you personal beliefs.

Y - Yours. Yes, they need to be yours and not what others want you to do.

S - Specific. No, reason to be vague

M - Well, you will need to listen

A - to the DaveWoodson.com Podcast

R - Hey, if you are not satisfied I will be surprised.

I look forward to your feedback and constructive comments. 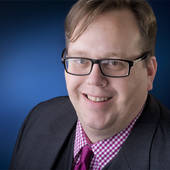