Sunrise Springs, located in the richly soiled region of the Rio Grande basin and La Cienega Valley, can be traced back as far as more than three thousand years. American Indians were attracted to the nourishing springs that seep throughout the valley where they took refuge under the high desert cottonwoods and willow trees at Sunrise Springs. This highly fertile land has always been used for raising gardens, sheep ranching and other livestock grazing. Pottery chards and stone foundations of nearby El Alamo and Las Golondrinas reveal a substantial history of the cultural settlement and trade in the La Cienega area.

By the time of the Spanish arrival in the late 16th century, there was mention of at least two large Indian Pueblos in La Cienega and La Cieneguilla. La Cienega continued to be inhabited through the 17th century by the Tano Indians. La Cieneguilla was abandoned by the Keres Indians in the early 1600’s but was subsequently reoccupied by the Spanish in the 1630’s.

By the early 17th century, Sunrise Springs had become a paraje, a resting place, on the original El Camino Real which was the last significant stage coach stopping place en route to Santa Fe from Mexico City and the first stop coming from Santa Fe. Here, next to a ranch then called El Alamo, travelers refreshed themselves with a hearty, simple meal while their stock was rested and was watered.

In 1902, the government patented Sunrise Springs to Juan B. Lamy. At that time, the land consisted of 64.22 acres and since has added five more acres. Juan is thought by folk historians to have been the adopted son of folk-figure Archbishop Lamy. The town Lamy in New Mexico is named for the Archbishop.

On March 12, 1906, the Sunrise Springs property was then sold to Jose and Carmelita Vieira. One of their sons, Francisco Vieira, was born in the house that is now the Blue Heron. His family still resides in La Cienega today. In 1935, Jose Vieira died, leaving his widow and eleven children at the mercy of the First National Bank. The Bank sued the heirs and sold the property by Special Master’s Deed to satisfy a mortgage.

Megan Hill's vision for her land has always been to preserve and protect the natural beauty of the grounds. Today, visitors to Sunrise Springs will find a tranquil oasis to retreat from their stressful everyday lives. An old hacienda has become the heart of the Blue Heron Restaurant. The former stagecoach stop is one of the many unique retreat spaces for private meetings and celebrations. The original adobe artist studios have magnificent views of the ponds while the thirty-two garden rooms are surrounded by uniquely designed southwestern and traditional meditative gardens. The lush solitude, which impressed the first Spanish settlers, still remains. 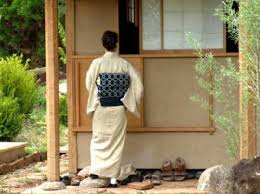 Come and be a guest in the tranquil setting of the Tea House at Sunrise Springs and savor the atmosphere and flavors of the tearoom in a winter tea gathering celebrating the Year of the Dragon. While the charcoal burns in the winter hearth, guests are invited to have a bowl of fragrant tea and a traditional Japanese sweet.

Guests signing up for the monthly teas do not need to have any guest or tea experience. Stools are provided for the comfort of those with difficulty sitting directly on the tatami mats. Please come and join us!

Here is our son, Nick, serving tea at the Tea House.  Hope to see you in the neighborhood.

Leaning on my staff, I watch the sky clearing after snow: layer upon layer of mountains, streams and mist.

Groups:
Almost Anything Goes
Club Chaos
Diary of a Realtor
POSITIVE ATTITUDE for the Weary Soul
The Art Of Marketing You 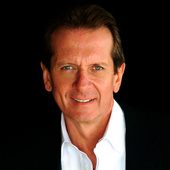 The collaboration of information about the life, real estate an culture of Santa Fe and the surrounding cities.