If you are looking for a Men's haircut in South Lake Union check out Mars Hair.  Mars Hair is a cutting edge (get it cutting) salon that offers an array of services by award winning Seattle Hair Stylists. The Inside of The Shop

I personally have never paid for a hair cut until I went here.  I would normally just buzz my head with clippers at home.  Jake (the owner) convinced me to go in and get my hair cut after I grew it out a bit.  All it took was one appointment and I have been back their every month.  I look forward to going in their and talking about sports (mainly the Mariners) and leaving with a polished look.  I believe it is the best place to get a men's Haircut in South Lake Union. 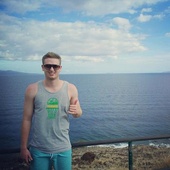 ActiveRain Community about 4 years ago
bookmark_borderbookmark
Goose Prairie- #1 In My Top 10 Places To Visit in ...
View more Recent Posts   arrow_forwards