This seemed like a pretty big spread so we need to look a little further into these numbers.

When you factor in that fact that the number of sales in Greater Victoria in each price range shifted significantly out of the 600k-800k price range into the 400k-600k price range, (see charts below), you start to get a feel for what the market was doing and where it is going.  Most new inventory in the single family home market is in the "value"  sector, namely developments in the westshore, with lower price points than most other single family homes.  So while the "average" price may have dropped a few points it seems reasonably safe to say that "average" values remain quite stable across most market sectors.

The upshot, statistics are fun and easy to throw around, but what the numbers actually mean usually lies much deeper than the memorable quote or headline.

Remember, real estate markets aren't just local, they're hyper local - if you really want to know what the value of your home is, or one you may be looking at it, call on us to apply our expert analysis to your situation, after all I highly doubt that you're any sort of an average person yourself! 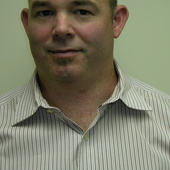 Thoughts on Real Estate, Victoria, Vancouver Island and life in the best place on Earth.