I don't often use exact examples from my professional life to make my point through my blog (I don't want to compromise my clients' confidentiality) but, I feel that this topic/experience is important enough to illustrate my frustrations.

A few months ago, I was driving through the neighborhood looking for possible development opportunities for myself and business partner.  I came across a huge duplex, in an ideal neighborhood.  Although, the house was not being actively marketed for sale, the construction work on the property had obviously been halted months ago.  So, I decided to do some further research on the property and get in touch with the owner to see if he would be willing to entertain offers.  So, after working with my magical broker's tool box, and making a few emails and calls, I was able to setup a meeting with myself, my business partner, the potential seller, and his attorney.  After an hour or so in the meeting, we were able to sketch out a rough deal for the property at $217,000 (it still needed about $100,000 worth of renovations).  We were still hammering out the details before finalizing the agreed upon Purchase Agreement.  After a week or so of going back and forth, the seller walked away and not so politely suggested that we go play in traffic.  He insisted on making our full deposit amount ($10,000) non-refundable.  He said that this was the cost of waking "the sleeping giant", in this case is second mortgagee (that's right I forgot to mention that he hadn't made any mortgage payments in over a year).  So, the deal was on life support at that time, and I moved it to the back burner while carefully monitoring the Civil Sheriff's website waiting to see the address pop up on the sale sheet as the inevitable foreclosure hammer was bound to fall at any time.  About a month later it popped up on the sale list, with a writ amount of $176,000.  I said to myself, "Brett you may have just saved yourself $41,000!  So, like I often do, I attended the auction, cashier's checks in pocket, ready to buy this property.  The bidding opened at $176,000, and I promptly proceeded to bid.  It became apparent that the only person bidding against me was the attorney representing the seizing creditor.  I bid up to $220,000 before I put the brakes on.  After the auction concluded, won by the creditor, I proceeded to speak with the bank's representative who was the sole bidder other than myself.  He told me that he was authorized to bid up to $309,000, the total outstanding balance of the first mortgage including all penalties, fines, and fees.  So, the deal was once again on it's death bed.  But, I knew in the back of my head that the property now eventually will be placed on the open market, and that I would have one more chance to buy it.  A month goes by.  Then the property pops up on the MLS, get this, now listed at $168,000!  Once again, I start thinking how my patience has been rewarded, and now I am in position to save even more money, right?  Wrong.  My partner and I made a full price offer, less than 24 hours after the property came on the market.  I hear from the agent the next morning, and he tells me that my offer was received but, there are two other offers.  As many of you probably know, it is standard REO procedure at that point to reject all offers and request that everyone comes back with their "highest and best offer".  So, we pumped our offer up $10,000 above list price, and we still got rejected.  Presumably to an even higher offer, with less contingencies.  Although, it still has not closed, I am very curious to see the final closing price.

To sum up my frustrations:

The bank could have had $217,000 before incurring any foreclosure costs or proceedings.  They could have had $220,000 at auction, free and clear.  And then, after four months they decide to list it at $168,000?  In this world of massive foreclosure, and bank consolidation into behemoths that are unreachable by phone, I wonder if the left hand and the right hand even know of eachother's existence any more.  BOA may be the worst offender but, regardless you don't have to be a Harvard economist to spot the problems in this deal.  This case is not unique.  It's just another sad example of (bailed out) banks being insured and taking the biggest losses possible to cheat the tax payer.

Share some of your horror stories with me, and perhaps together we can make sense of it all.

I can't share any horror stories because I am not a realtor, but I have heard of this type of insanity before with properties that were much more costly.

There is no making sense of this. Only detaching and moving on . Ugh! So sorry you had to go through this

Hey Brett, this type of situation happens much more commonly than is known.  I had a short sale that appraised at $31,000 (which was still way over given the amount of repairs) with an offer of $25,000 which GMAC did not accept one week before the foreclosure  sale date.  I get a call from an agent a few days after the foreclosure sale date stating that the property sold at the courthouse steps.  For how much? $13,800.  Duhhh!  GMAC could have had over $10,000 more with the short sale but chose to let it foreclose.  And the short sale negotiator could not give me a serious explanation.

You would figure in this market that banks would avoid the time and cost of foreclosure if at all possible.  But like you said Janice, you cannot make sense of anything this nonsensical.

I took the time to read your post and honestly expecting to hear something new. I feel for you having gone through this one but the story isoh so common. I will be looking for the next post, or should I say vent, when you find out how little it eventually sells for? Real Estate is a relationship business, that's all i'm saying. 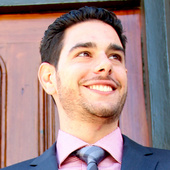