I haven't seen so many guns going at one time in a number of years. At this pace I would assume all of the South Peak slopes will be open be the weekend. The North Peak Trails were all up and Running...all were in nice shape, I skipped Upper Walking Boss as that too had more than 30 snow guns blasting away. It was a dark-ish day today and snowed intermittently - that combined with the New tower guns, made it a light lens day for goggles. I took out my brand new skis today...that truly shows faith in the ability to lay down the man made stuff...and not ruin a new pair of skis. The Report of the Rossignol Statos - Gs 183 cm...was a resounding thumbs up BTW. The two new trails opened for this season on the South Peak side of Loon (Twitcher & Jobber) presented a nice fall- line, great pitch and earned the Black Diamond rating they were given. Boom Run was open, the Double Black Diamond trail Rip Saw had 40+ guns as did Cruiser...so those will be open for the weekend worriers - if I were asked to venture a guess (with the new tower gun system) I would say they will be worth skiing the day they open. Looking to Purchase a slope side Home - Building Site or Condominium at Loon Mountain, Give Alpine Lakes Realty a call - Our Parent Company Cargill Construction has just completed out 13th home on the South Mountain side at Loon and they are truly spectacular.

...I try to ski Mid-week as most of my second home showings happen during the weekend - Looking to ski midweek with a Realtor - Drop me a note.

Never tried to snow ski. I used to love to water ski, have you water skied?

Tammy I have tried everything twice, Water skiing is something I have done a few times.

Steve I bet the lack of real snow has not been good news in your book.  As for me I am not in a hurry to shovel the white stuff :)

George, our ski area has over 300 tower guns that can be fired up all at one time...they can make an acre of snow every hour. Yes I wish it would snow but the best snow making technology works too.

David...we on the east coast are used to making the man made stuff until mother nature kicks in.

do you ski with your cell phone?  I would be afraid mind would drop out of my pocket on that ski lift trying to take a picture of my new skis LOL 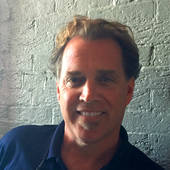