What is a P-Trap? Take a look under any bathroom or kitchen sink.  If the plumbing was professional installed, you'll see a u-shape pipe with a pipe 'leg' running to the back of the cabinet... It looks like the letter P laying down.

This is called a p-trap. Its design has two purposes: First, to allow the water from the sink to flow out and to keep sewer gas from coming in; it's in the U portion of the drain that water literally sits and forms a seal (water seal)...

...and Secondly, the p-trap can catch items that might go down the drain (diamond rings, gold coins, etc.) before they are swept away.

A requirement of a properly installed p-trap is that it has a water seal of not less than 2 inches and not more than 4 inches (between the two horizontal red lines shown in the photo).

In the photo, it appears that the water seal depth is approximately 10-12 inches deep. Over time this p-trap will become plugged with hair, soap scum, dirt, food debris, and other things, and the sink eventually will drain slowly.

In addition, the flexible (rippled) pipe is not part of the plumbing requirements.  Pipes under sinks are supposed to be rigid, smooth wall pipes.  The flexible pipes are problematic, as they tend to 'slow' the water flow, thus allow debris to collect at the bottom of the trap...They can also leak at the fittings... Why they sell them, I don't know... maybe for inexperienced DIYers.

Home inspectors should be familar with basic plumbing configurations and call out deep traps in their reports.

Who was the person who installed the rippled pipe, amazing what you find in homes!!!!!

Glenn, may I ask a related plumbing question, please?

The clear plastic "O" rings that fit between the connecting pipes - I have seen a couple of these crack, shortly after they were installed brand new.  Are these rings poorly manufactured?  Is there a substitute, or a plumber's trick?

I'm not sure why they even sell those flexible pipes, it seems to add to the creativity of the plumbing job.  :) 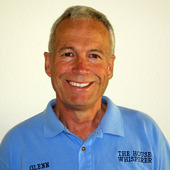 If a house could talk...