Yesterday, Maui was under a high surf warning for its North Facing shores. That means wave heights of greater than 25 feet could be expected at selected island reefs. For the casual beach goer, that generally means exercising extreme caution near the water. For big wave riders, that means it's time to head out to the famous big wave spot Jaws in Haiku. Island residents and visitors alike know it is a good time to head to the cliffs above the break for a fantastic spectacle. Up until a few years ago, Jaws was generally considered to be a wave that could only be ridden by surfers assisted by Jet Skis.

The wave moves so fast, that you need to whipped into a wave by Jet Skis. Slowly, surfers have been starting to test their mettle by paddling into the waves traditionally. There was a core crew of local surfers who would paddle into waves on "smaller" days when the wave faces were 30 feet or less. Last winter, the paddle crew grew in numbers including a lot of younger up and coming Maui surfers as well as some other famous big wave riders from around the world.

Yesterday, marked a new era as there were 30 or more guys who were brave enough to try to paddle into Jaws' big waves. For most of the afternoon, Jet Skis were only used to rescue surfers after wipe outs. I had the opportunity to shoot some video from the cliffs. Here are two clips that I put together. The first shows two waves one after the other. The second is a longer montage of waves from throughout the morning.

I also have a photo gallery posted on The Maui Real Estate Team's Facebook page.

Thanks for checking out my videos Richard.

Talk about the grandeur of nature...WOW! These videos go right to the point! Thanks so much for sharing videos I SUGGEST we all get to watch!

Thanks janeAnne. It really is a great spot to experience the true power of nature.

Naturally I sent this along to my friends...one of whom replied as follows:

"Here is another site that consumed me for ages. I wonder how many fatalities there must be with those boards caught in the maelstrom and spat out sideways.

My most glorious sailing moment was SURFING a 40 foot Swan at the end of a Vic-Maui race reaching along the
Maui coast and when we came down those waves the speedo would peg at 15 knots and the rudder would scream.
I suggested to the skipper/owner that he take the wheel as this would be the fastest sailing experience of his life - and he declined - but urged me to spare the spinnaker and mast, if possible. I did, but could not coax a single ocean-racing crew member to take the wheel.So i kept it for a couple of watches and when we reached the channel and turned down-wind, and things settled down, the skipper took the wheel for the finish.
Thank you, janieO, for the site and for being in my life."
Jeremy
Like
Pete Jalbert
The Maui Real Estate Team, Inc. - Paia, HI
R(S)

Thanks for sharing with your friend. That is a pretty cool story about sailing. My sister-in-law's brother sailed most of the South Pacific and some of his roughest conditions were off the Hawaiian Islands. Strange things happen in the channels between the island with the combination of winds, waves and currents.

Fortunately, nobody has been killed at Jaws as of yet. A lot of surfers were wearing special suits that inflate with CO2 cartridges that they can trigger if they are experiencing a bad hold down. That being said, that much water moving and a bad accident may well happen someday. 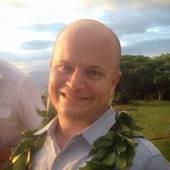 ActiveRain Community almost 8 years ago
bookmark_border
Having a Lot of Fun Marketing A Luxury Home with a ...
View more Recent Posts   arrow_forwards