(images courtesy of Google and their respective owners)

For yet another year, Raleigh, North Carolina has been ranked number one by Businessweek among the top 50 cities in which to live. The article reads that Raleigh is home to a wide variety of entertainment, including restaurants, bars, and museums (51- way more than the three I knew of!). It is also ranked for its parks, social scenes, and excellent schools. Within 30 minutes of Raleigh, three top universities can be found: North Carolina State University, Duke University, and University of North Carolina at Chapel Hill. Oh and I absolutely can't forget about its HUGE Farmer's Market! I always find something great there- it's a family favorite for sure. The article also lists facts about the city, such as its Air Quality Index and Percent of Foreclosures. Raleigh was also ranked #1 City for Relocation by Forbes in 2008.

Charlotte, NC came in at #20, not too shabby! It is known as a pedestrian-friendly city and for its light rail line which opened in 2007. Find Charlotte here.

Greensboro, NC is ranked #31 on the Top 50 list, beating out locations like Atlanta, GA. Though smaller than other NC cities, it is still known for its restaurants, bars, and museums. It also has a high number of acres of park per person, lovely. Find Greensboro here.

And of course, can't forget Raleigh's proud neighbor Durham, NC. Durham was ranked 37th on the list. It is known for its parks, restaurants, and superb air quality. Durham is home to Duke University and is known as the "City of Medicine." It is also noted that the city has thrived during the tough economic times. Durham also has one of the LOWEST rates of foreclosures on the Top 50 list. Find Durham here.

I'm so proud to say that I live in Cary, NC, right nex to Raleigh! Such a beautiful location. For more information about what's happening in the area, click here. 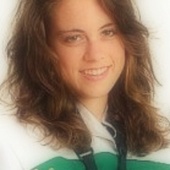 about 11 years ago
bookmark_border
Have you heard of Reiki?
View more Recent Posts   arrow_forwards