I don’t normally like to discuss politics, and I’m not about to start now. I’m a Realtor, not a pundit or media talking head. With that said, I see it as part of my personal and professional responsibility to stay informed on what’s going on in the world outside my door, and there were some encouraging signs out there the last time I looked.

Job growth is up. Pending home sales are up. Spending is up. And it’s finally beginning to look as though the housing market is turning a corner. Lawrence Yun, chief economist for the NAR (National Association of Realtors), notes:

[T]he data implies something is brewing out there. Yes, there are still cancellation issues related to appraisals, tight underwriting, and other issues. But buyers are evidently recognizing the great opportunity to own real estate and acting accordingly.

The same article goes on to state that while the prices of many things will continue to rise in the years ahead – much higher rents, even accounting for inflation, in addition to $9.00 a gallon for gas, or $140,000 a year for college tuition, for instance, and that isn’t even mentioning the skyrocketing cost of health care – the price of your 30-year mortgage, provided you get one now, will be one of the few things to remain constant during that time.

At first blush, that doesn’t sound like much. But, like the economist that he is, Yun looks not only at the present but also at the past circumstances that got us here in the first place. He points out that if we took the most recent 30-year period (1981-2011) as a baseline, rents and gas prices rose by 200 percent, medical expenses increased 400 percent, and college tuition rose an astounding 700 percent. Then as now, says Yun, "One consumer item that did not rise in cost was the average monthly mortgage payment for those who took out a 30-year fixed-rate mortgage back in 1981."

As a Realtor, I draw a few conclusions from this. The time to buy is now; rents and home prices will only increase, and interest rates are likely to do the same as the Fed starts to normalize its monetary policy. Similarly, this is a great time to sell, since this is a good time to get a home on the market before higher interest rates take effect and buyers get cold feet. Make your next move. Call me today at (201) 745-9190. 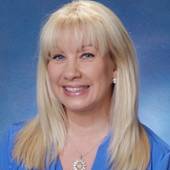