The beginning of a new year is always a time to reflect and consider goals and opportunities for the year ahead. As we begin 2012, there are many reasons for encouragement when it comes to the economy and real estate. If recent economic and real estate trends are any indication, 2012 will be a year when good things can happen not only for potential homebuyers and sellers, but for the country as a whole. For example:

Existing-home sales rose again in November, and remain at levels above those of a year ago. What’s more, pending home sales also continued to gain in November, reaching the highest level in 19 months, an indication that there will be more future sales.

In November, sales of new single-family houses rose 1.6 percent from October and were 9.8 percent above November 2010. Additionally, housing starts surged to a one-and-a-half year high in November, and permits for future construction were the highest since March 2010.

In a sign that the overall economy is strengthening, U.S. employment has grown solidly for the past six months, generating 100,000 jobs or more in each month for the first time since April 2006.

The Conference Board’s Index of Leading Economic Indicators showed two months of solid gains, signaling that the economy was gaining momentum and the risks of a recession were receding, and its Consumer Confidence Index improved to levels seen in April 2011.

Three closings so far this year:

Twenty-one new listings – three condos, four townhouses, a bi-level, a tudor and twelve colonials.  Many of these homes were listed last year, came off the market for the holidays and are now back on the market.

There have been eight contract sales since the first of the year – actually, only seven.  11 Archgate Road was logged into the MLS once it was already under contract (it is scheduled to close at the end of the month). 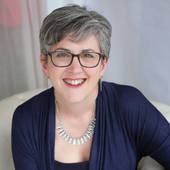 about 11 years ago
bookmark_border
Can I wait on the appraisal until after the inspec ...
View more Recent Posts   arrow_forwards