Spot on, political incite and commentary from Colorado real estate broker, Gary Hubbell. I first came across it in my e-mail "in-box", one of the dozens of forwarded messages I receive weekly, and usually delete, without even opening. This time, after glancing at the first two lines, I noticed that it was written by a Realtor, and decided to check him out for credibility on "ActiveRain"...So glad I did....Thanks, ActiveRain!!!

This article was written by a real estate agent in Colorado. Mr. Gary Hubbells is an agent with a conscience and a quick wit. He also works for the Aspen Pine Weekly. His point is poignant and pursuasive.

Barack Obama is the best thing that has happened to America in the last 100 years. Truly, he is the savior of America 's future.

Despite the fact that he has some of the lowest approval ratings among recent presidents, history will see Barack Obama as the source of America 's resurrection. Barack Obama has plunged the country into levels of debt that we could not have previously imagined; his efforts to nationalize health care have been met with fierce resistance nationwide; TARP bailouts and stimulus spending have shown little positive effect on the national economy; unemployment is unacceptably high and looks to remain that way for most of a decade; legacy entitlement programs have ballooned to unsustainable levels, and there is a seething anger in the populace.

That's why Barack Obama is such a good thing for America. Here's why.

Obama is the symbol of a creeping liberalism that has infected our society like a cancer for the last 100 years. Just as Hitler is the face of fascism, Obama will go down in history as the face of unchecked liberalism. The cancer metastasized to the point where it could no longer be ignored.

Average Americans who have quietly gone about their lives, earning a paycheck, contributing to their favorite charities, going to high school football games on Friday night, spending their weekends at the beach or on hunting trips - they've gotten off the fence. They've woken up. There is a level of political activism in this country that we haven't seen since the American Revolution, and Barack Obama has been the catalyst that has sparked a restructuring of the American political and social consciousness.

Think of the crap we've slowly learned to tolerate over the past 50 years as liberalism sought to re-structure the America that was the symbol of freedom and liberty to all the people of the world. Immigration laws were ignored on the basis of compassion. Welfare policies encouraged irresponsibility, the fracturing of families, and a cycle of generations of dependency. Debt was regarded as a tonic to lubricate the economy. Our children left school having been taught that they are exceptional and special, while great numbers of them cannot perform basic functions of mathematics and literacy. Legislators decided that people could not be trusted to defend their own homes, and stripped citizens of their rights to own firearms. Productive members of society have been penalized with a heavy burden of taxes in order to support legions of do-nothings who loll around, reveling in their addictions, obesity, indolence, ignorance and "disabilities."

Criminals have been arrested and re-arrested, coddled and set free to pillage the citizenry yet again. Lawyers routinely extort fortunes from doctors, contractors and business people with dubious torts.

We slowly learned to tolerate these outrages, shaking our heads in disbelief, and we went on with our lives. But Barack Obama has ripped the lid off a seething cauldron of dissatisfaction and unrest.

A former Communist is given a paid government position in the White House as an advisor to the president. Auto companies are taken over by the government, and the auto workers' union - whose contracts are completely insupportable in any economic sense - is rewarded with a stake in the company. Government bails out Wall Street investment bankers and insurance companies, who pay their executives outrageous bonuses as thanks for the public support. Terrorists are read their Miranda rights and given free lawyers. And, despite overwhelming public disapproval, Barack Obama has pushed forward with a health care plan that would re-structure one-sixth of the American economy.

Literally millions of Americans have had enough. They're organizing, they're studying the Constitution and the Federalist Papers, they're reading history and case law, they're showing up at rallies and meetings, and a slew of conservative candidates are throwing their hats into the ring. Is there a revolution brewing? Yes, in the sense that there is a keen awareness that our priorities and sensibilities must be radically re-structured. Will it be a violent revolution? No. It will be done through the interpretation of the original document that has guided us for 220 "FANTASTIC" years--- the Constitution. Just as the pendulum swung to embrace political correctness and liberalism, there will be a backlash, a complete repudiation of a hundred years of nonsense. And for that, we can thank Barack Hussein Obama.

Gary Hubbell is a hunter, rancher, and former hunting and fly-fishing guide. Gary works as a Colorado ranch real estate broker. He can be reached through his website http://aspenranchrealestate.com

Amen to that, Brother Hubbell.

Your Friend from the City of Brotherly Love,

I hope she is right.  I'm thinking more and more that the welfare and moocher class is having 5 kids for every 2 kids a conservative would have.  Just a matter of time before the welfare class outnumbers us.  Then the ship sinks.

I do agree.....He's horrible, but I hope that she's right.  I like her vantage point, but I hope Americans step up!

Very insightful article, thanks for sharing! 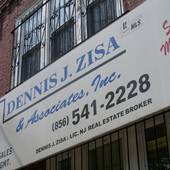