I'll never forget what I did that first time I purchased Real Estate.  I actually sat on the ground of that property and, just like a kid, played in the dirt.  I just had to feel the ground, dig down into it with my hands and let my fingers feel the rocks, sand, sticks and mud of this tiny piece of the earth that had somehow, incredibly, become mine.  I looked around at the trees blowing in the breeze, and yes, I admit it, I had to run up to a couple of them and give'm a good squeeze.  How could I not have?  Tree hugger or not, to own your own land is a feeling like none other.  I don't know, maybe it's a guy thing, but I doubt it.  To this day I still occasionally walk around my humble little property and marvel at the still seemingly impossible notion that it could actually be mine.

But then of course, it's about now when reality slaps me in the face.

It's about now when it occurs to me that even if the property was paid off, and it technically were "mine," that in reality, it's not.  You see, in this country, God love it, we may hold title to Real Estate, but it's the Government that reserves the right to take it at any time of its choosing, if it feels the need.  Thankfully the "Just Compensation Clause" of our Constitution's Fifth Amendment provides that although our land can be taken, at least we've got to get paid, supposedly at fair market value.

Without regard to the whole notion of "Eminent Domain," even if I never had to worry about the government's stepping up and deciding it just had to have my property, there are other ways it can take it from me; like via taxes, or rather, because of my possible failure to pay them.

If I had the power to eliminate any tax, it would be the property tax.   (Do I sound like a Conservative?  Read on..)   To me, the property tax is the government's little reminder to us all that it's not we who actually own our property; it is our government who does, and to whom we pay rent every year for the privilege of occupying that space.

Ironically, after even a short study of our system of government and its place in the whole scheme of things what becomes blatantly apparent to me is that this whole "right" - "left" labeling trap we've all fallen into during the last couple of decades has very little foundation.  This is especially true when trying to tie one or the other into some kind of idea of Liberalism or Conservatism.  For one thing, since we're talking about theoretical "Private Property" ownership, it should be noted that the very notion of someone actually owning his or her own land is a relatively modern concept.  Relative to human history, "Free Enterprise" and the whole idea of a so-called "Capitalist Democracy" in the first place is, in truth, an extremely Liberal concept.  And although the so-called Conservatives today tend to champion the idea of lowering or eliminating taxes, that idea could be argued as a purely liberal notion, bordering on the radical-left.  After all, it really wasn't that long ago when it was the Kings and Queens of the world who ruled over everyone, and owned it all as well. But I didn't mean to tread down that path, other than to point out that there are a whole lot of flaws in this whole notion of "Right" or "Left" and when viewed in the proper context, it's pretty silly at best and completely illogical and historically inconsistent at worst.   We're all Americans, and in most things we all agree; like the idea that all of us should have the freedom, if not the right, to pursue the American Dream of Home ownership.

I'll never forget how I felt, as I described at the beginning of this story, when the day finally came when I bought my first place.  And although it's the government to whom we actually pay rent, it is the fact that we are allowed to control that property, work it, improve it, put it out on the open market and actually re-sell it while pocketing the profits, that is such a wonderful thing; a privilege worth recognizing as neither right nor left, but essentially and fundamentally American at its core.

Real Estate sales is a marvelous component of modern western thinking; a system that really works for the most part, despite an occasional slap in the face with the down side of a market system that can be as harsh as it is normally generous.  It is, however, the actual owning of Real Estate that's even more magical to me.  It's not the process of buying and selling that is most meaningful; it's that moment in time, illusory or not, when dirt is in one's hands, and the ground is under foot, when the spiritual impact of property ownership is fully recognized and appreciated.

Very Sobering. I agree with your stance on this illusion.

You make several excellent observations in your blog and what stood out to me the most is that we have the right to persue the American Dream of Homeownership versus the right to Homeownership.  I hope that magical feeling doesn't fade for you.

Thanks Tony and Darcy... its hard to feel like you're the owner when you pay rent for sure.

Thanks Michael.  That means a lot coming from you especially.

Yep.. I started to watch that show last night but, I'm ashamed to say that I decided not to watch it because I just knew it would bum me out.  Maybe I should re-consider.

That's a good way to put the whole Real Estate thing... the transfer of a Bundle of Rights.  The notion of actual "Ownership" is really sort of strange concept if you think about it.

Fred - feeling a little deep tonight are we?  You have some great points and you know I remember my first purchase - oh how great it was - that one little bathroom that you had to step out of to change your mind, and couldn't shave your legs without stepping out of the shower part way... oh who cared it was mine... all mine well, kind of I guess.... but it sure did feel great. 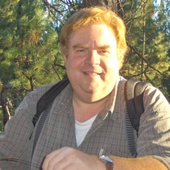