There was an abundance of good news on the foreclosure front in 2011 that might portend a rosy outlook for 2012 — at least at first blush.

Foreclosure activity in 2011 is on track to be down more than 50 percent in several states. In addition, the much-feared shadow inventory of foreclosures has declined dramatically over the course of the year. Inventory of properties in some stage of foreclosure or bank-owned (REO) has shrunk from a record high of more than 2.2 million in December 2010 to just under 1.5 million in September, according to RealtyTrac data. That’s a 32 percent drop in just nine months, and puts the estimated months’ supply of foreclosure inventory at just over one year.

Although this double-peak will most likely not be as severe as the previous peak of 2010 (or 2009 in some local markets), buyers, investors and real estate agents should brace themselves for a resurgent short sale and REO market this year — and look for the opportunities that more foreclosure activity may represent for them.

1. Flat home prices: Resurging foreclosure activity in 2012 will look less like a tsunami and more like a series of smaller waves rolling into shore over the course of the year — which should allow the market to absorb this inventory without another 20 or 30 percent hit to home prices. Still, the steady influx of foreclosure activity will also keep home prices from appreciating substantially during the year.

2. More foreclosure inventory and REO sales: Increasing foreclosure activity will slowly push the available foreclosure inventory higher, and that could be good news for buyers, investors and real estate agents in markets with a scarcity of inventory. In select markets hard-hit by the foreclosure crisis, local real estate professionals have been telling RealtyTrac for several months now about a shortage of inventory and bidding wars on foreclosure properties. This is happening in places like Stockton, Calif., and Detroit, where a member of the  recently said he believes there is a “backlog of buyers” in his market just waiting on more properties to become available.

This all spells opportunity for buyers, investors and real estate agents in 2012. Prices and affordability will stay low, allowing buyers and investors to still find good bargains. Available inventory of pre-foreclosure and bank-owned property will increase, providing more options for those buyers to find the bargain they’re looking for. And lenders will continue to slowly streamline the process of selling both short sales and REO properties — making life easier for everyone involved.

Contact me today and let me help you with your purchase. 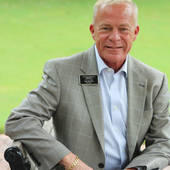