There's so many excellent places to dine in Austin Texas that it's hard to decide which one to highlight in my first "foodie favorite" recommendation post.  Nevertheless I found the one that will appeal to most anyone that visits Austin Texas and wishes to dine at an iconic restaurant. Threadgills was originally opened in 1933 by Kenneth Threadgill as a Gulf filling station that became a favorite hangout after hours for drinking, gambling and jamming.  Often musicians were paid in beer!  This was a family-like atmosphere that brought back loyal patrons. Janis Joplin played here in the 60's when it was a haven for traditional Southern "rednecks" and hippies.  She was a regular at the Wednesday night hootenannies!

Where else do you see Kool-Aid as a drink of choice on the menu?

Threadgills doesn't have a Happy Hour....they have a Howdy Hour!  It's a Texas "Thang".

Along with your typical Sweet Tea, soft drinks, coffee and Kool-Aid, they have a full bar with fine wines and beer (draft and bottles).  Two drinks that caught my eye:

Live music is on the menu as well.  The original Threadgills at 6416 North Lamar Blvd. features music every Wednesday night and Bluegrass Brunch on Sunday Morning.  Tap your feet to the Gospel Brunch Music on Sunday mornings from March to November @ Threadgill's World headquarters @ 301 West Riverside and Barton Springs.

Call Home and Hearth Realty for your real estate needs and we'll take you to one of the two locations for a meal.

Groups:
Almost Anything Goes
EXPRESS WITH WORDS AT ACTIVERAIN
Posts to Localism
The Lounge at Active Rain
"Whacked"!!!

My wife and I are thinking of heading down to Austin Texas this spring to take in the sights and sounds.  We've been told to bring stretch pants as we'll gain 10 pounds right off the bat with all the great food Austin offers.  Your post is just more reason to head on down!

John:  Come on down...tell me the type of places you wish to see or dine at and I'll send you a list. 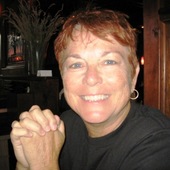