Alabama places #3 for "Top States For Doing Business", following just behind Texas and Georgia as the Alabama’s inclusion was based on its incentive programs which tied first place with Texas, labor costs, and work force development programs.  According to Governor Robert Bentley, there has been a focus on attracting both domestic and foreign companies, which are attracted to the right-to-work status, work ethics, quality and skill. Gov. Bentley cited an example of a German-based company who indicated that less than one-tenth of one-percent of employees at the Alabama plant miss work every day, compared to 7-8% a day in Germany.

Also cited by Gov. Bentley, the on-site job training programs provided by Alabama Industrial Development Training (AIDT), part of the AL Community College System, is one such asset for potential employers and has been used successfully for the Mercedes, Toyota and Hyundai plants, as well as the facility for maritime training in Mobile’s shipbuilding industry.

Alabama’s efforts to attract businesses to our state centers around legislation allowing companies to retain part of the money they pay employees in order to recoup their capital investment. Greg Canfield, Director of Alabama Development Office explains additional incentives like low state corporate income tax rate, full-deduction of federal taxes from Alabama income tax liability, a cap on the Business Privilege Tax at $15,000 (except financial institutions and insurance companies), and no property tax levied on inventory. He also states the millage rate that is half or more than half of many other states at 6 ½ mills. There are other cash incentives and last session legislation was passed unique to Alabama, allowing qualifying firms a tariff credit that offsets export tariff costs by allowing those firms to claim a transferable income credit.

It is obvious that the State of Alabama is serious about being ‘Business Friendly’, which is good news for all industries, including the real estate industry which strongly benefits when good companies move in to the state bringing new homebuyers, consumers and taxpayers.

It is worth noting that Alabama was recognized in 2007 by Site Selection Magazine as "Top Five in U.S. For Business Climate", has been "State of the Year-For Years In A Row" according to Southern Business & Development Magazine, and "Number One in Corporate Diversity" by Polina Corporate Real Estate.

Tia, how much money has gone to those companies in the form of tax breaks, incentives, etc.  that companies alreday doing business in Alabama don't get?  How many current taxpayers are paying for that?  I like your state, but just like NC, it gives to the rich and takes from the poor.  One day the poor will rise up. 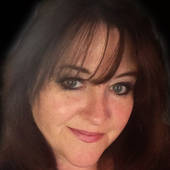