I really enjoy the information and education provided by a quality home inspector... Eric is one of my favorites, I highly recommend reading his blog.

Recently I got a phone call from a client that I did an inspection for in September. Highly upset he stated that he and his family just moved in their house and cannot use the water from the sinks and bathtub. "My water is brown and has a low flow." As I was looking up his report he continued saying his plumber ran water from the water heater and this is what the inspector should have done, if he did he would have caught this. The problem is you need a new water heater. Convinced that I gave him a faulty inspection, he demanded that I pay for a new water heater.

Going over the report with him, I asked him to read the plumbing section carefully. It boldly and clearly states:  Note that the inspector does not operate water supply or shut-off valves due to the possibility of valves leaking or breaking when operated. This includes water heaters and toilets. Because these valves are not used daily, operating them could cause damage that inspectors are not prepared to repair.

Take a look At The Picture I asked him to look closely at the picture taken. As anyone can plainly see the water is clear, no rust and there is a good water flow. In addition to this, there was plenty of hot water, which as stated in the report was  around 115 degrees. Also he was with me during the entire inspection and there were no water issues.

With the rage in his voice significantly reduced he asked, "why is the water brown and my flow is so low?" That's a very good question. I called the Realtor and he told me what I suspected was the problem. The day after the inspection the town turn off all the utilities. They were turned on after the buyer put them in his name, three months later. The low flow was the result of clogged aerators (pictured on the bottom) that needed to be cleaned from rust deposits. Whenever the water supply is turned off from the street side, rust can build up in the system. Running the water for several minutes and draining the water heater often will clear it up. In every report I recommend as part of the maintenance plan, the water tank should be drained regularly to remove sediment and rust. Doing this can add service life to the water heater. The plumber tried to take advantage of a situation, he blamed the inspector simply to get work for himself. 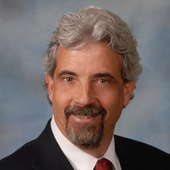